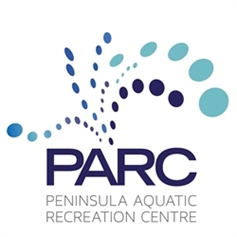 With the facility’s development having been aided by Federal and Victorian Government grants, Prime Minister Tony Abbott and Victorian Premier Denis Napthine had been expected to attend the opening. However, with other commitments preventing this, it was left to local dignitaries to launch the new Centre.

Speaking at the opening, local Federal MP Bruce Billson stated “there are 120,000 residents in the City of Frankston including 20,000 children who will make great use of PARC.”

PARC is expected to benefit not only Frankston, but also the Mornington Peninsula region with the inclusion of a family slide complex – featuring two world-class water slides

and an interactive aquatic playground for young children.

Additional features of the centre include:

In the days leading up to the opening, local media reported on an incident during the testing of PARC’s waterslides, where two staff were injured after apparently banging their heads on the inside of the tunnel while using the AquaSphere family raft ride.

As a result, extra safety measures were put in place including the drilling of holes into the top of the ride’s spheres, allowing natural light to enter, with external lights also installed over the holes over each of the three spheres.

PARC ride attendants are also reminding guests to hold on to the sides of the raft during the ride and to be alert to drops in the tunnel during the ride.

A large sign with safety messages has also been erected at the start of the ride.

More than 1,000 people used the raft ride without incident while it was being tested in August.

Designed by William Ross Architects, PARC aims to provide first class health, fitness and wellness services to the regional community, and offer entertainment and recreational opportunities for children and adults of all ages and abilities.