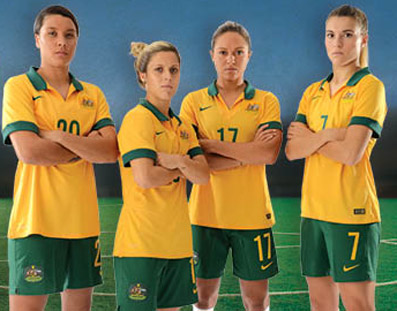 The Matildas have decided to cancel their upcoming tour of the USA, as a result of a pay dispute with the Football Federation Australia (FFA).

With talks over a new collective bargaining agreement between the FFA and Professional Footballers Association (PFA) currently stalled,  PFA Chief executive Adam Vivian advised on Wednesday (9th September) that Australian national women's football team had made the decision to withdraw from the two-match tour, saying the players felt they had no option other than to abandon the fixtures.

FFA Chief Executive David Gallop has confirmed the Matildas' tour of the United States has been called off, criticising the PFA for using the Matildas as a "bargaining chip" in the fight for pay rises for male players.

Gallop told the ABC "the reason (the tour) won't be going ahead is because the FFA and the PFA have been unable to reach agreement regarding the A-League salary cap.

"The extraordinary demands that the PFA have made in relation to the A-League salary cap has found the Matildas caught up in something they shouldn't be caught up in.

"We all celebrated their (FIFA Womens World Cup) success in Canada (and) for them to get caught up in wage claims for our male professional players to me is bizarre."