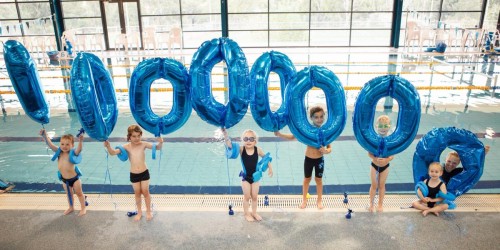 The Paul Sadler Swimland franchise is set to celebrate the provision of its 10 millionth swimming lesson during the current month.

The 14-site learn-to-swim franchise, which commenced operation in 1972, will celebrate the milestone and thank its loyal customers with the running of a major prize draw that will see one lucky Swimland family take home $10,000 in cash.

14 families will take part in the major prize draw, where one member of each family will have the chance to collect a key that unlocks the treasure chest to the cash prize.

In addition, every swim school will also surprise one lucky family with a year of free swimming lessons that can be enjoyed by each child in the family.

Company founder and leader in aquatic education, Paul Sadler said he never imagined his dream of opening his own swim school would grow into a successful national franchise, which sees almost 30,000 swimmers participate in lessons each week.

“Although the years seem to have flown by quickly, I can pin-point every hurdle and every achievement we’ve had to date. I’m so proud of my team and how far we’ve come since the opening of the first Paul Sadler Swim School in 1972, and I’m excited to celebrate this milestone with them and every Swimland family.

“Paul Sadler Swimland is one of Australia’s most successful and fastest growing swim schools, and we are passionate about teaching Australian children the vital life skill of swimming.”

Sadler explains that effective record-keeping has enabled he and his team to arrive at the milestone, commenting “we know how many kids we’ve had in lessons each year and we know how many kids in that particular year attended a swimming lesson, and that is simply a multiplication by the number of weeks in the year.

“We know they attended our swimming lessons because we know the numbers.” 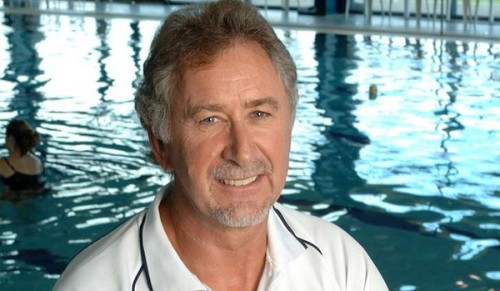 Sadler has also recently achieved an individual milestone. Earlier this month he was inducted into the Australian Swimming Coaches & Teachers Association’s (ASCTA) hall of fame, joining the likes of Laurie Lawrence.

Sadler adds “it was for outstanding service or outstanding contribution towards the teaching of swimming in Australia, it was a bit of an honour for Swimland.”

Growing up in Ballarat, Sadler had always been a keen swimmer, and, as a trained physical education and special school teacher, it was during his first appointment at Moorabbin West Special School that he established the swim school.

He recalls “they happened to have a heated pool, so in 1972 I conducted probably the first public private partnership (PPP), and I leased the pool from the school after hours and delivered swimming lessons there.”

The franchise has since grown to encompass 14 sites, including one in Canada, and over the years he’s learned just how important it is to recruit the right people.

“When you’re engaging people you should select the character and train the skill rather than have someone join you who has a skill base but isn’t the right character. There’s a reason why those sayings have been around for many years, they have horsepower.”

Sadler expects franchisees to be involved in the facilitation of swimming lessons, and that they will conduct a series of different classes each day.

He concludes “that's really important because I think you have a far more empathetic approach to being a manager if you are a very skilled teacher.”

For more information go to www.paulsadlerswimland.com.au