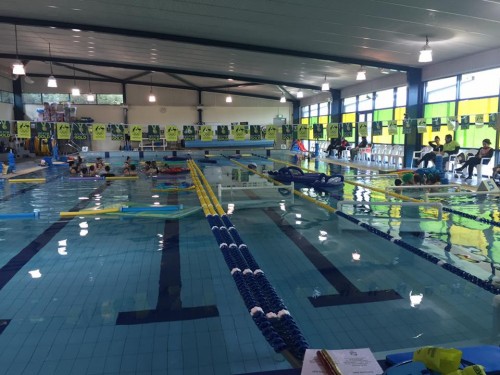 The Paul Sadler Swimland franchise, which provides 30,000 swimming lessons a week, has reportedly been caught underpaying hundreds of young instructors over six years.

A Fairfax Media investigation revealed that the group, which operates 15 swim schools, underpaid staff hundreds of thousands of dollars by breaching conditions and entitlements in the company's enterprise agreement.

Staff say the original enterprise agreement - which includes no penalty rates for weekend work and has staff classified as seasonal part-time instead of casual - has left some workers worse off than they would have been under the award.

The underpayments, which date back to 2010, are the result of some employees not having their rates increased as their age went up and the incorrect application of grades for more experienced teachers.

A group of staff at Paul Sadler Swimland Essendon banded together to raise their concerns after discovering they had been underpaid by the company. Many also did not receive pay for long-service leave despite working at the company for more than seven years.

As well as underpaying staff, the enterprise agreement required them to renew their contracts every 10 to 12 weeks and included a flexibility agreement which reduced the minimum shift rate to 1½ hours from three hours under the award.

The Australian Workers Union, which has formed a new division, the Swim Instructors Association (SIA), filed an application to the Fair Work Commission last week to determine whether the individual flexibility arrangements employees of Paul Sadler Swimland were asked to sign complied with the Fair Work Act.

Paul Sadler Swimland Chief Executive Wayne Pollock told Fairfax Media that the company had apologised to staff for the error and that 85% of staff had been repaid.

He confirmed that all sites had been audited and underpayment issues had been found, stating that the underpayments were the "combined result of poor manual processes and human error".

Kirsten Micallef, who has worked for the company for 20 years, said she had decided to join the SIA "to make it better not only for us, but for future teachers".

Micallef is one of 100 current and former workers at the Essendon site who have been paid more than $250,000 in back pay.

Pollock commented “our company has been going for 44 years. It prides itself on overpaying people.”

He said the company became aware of the "error" in late 2015, adding “after an investigation at Essendon, we conducted an audit of our manual payroll systems at all our Australian centres and confirmed that details had not always been updated, resulting in a number of employees between 2010 and 2013 being unintentionally underpaid.”

Pollock said the company took action only after staff got together and wrote a letter requesting a formal inquiry into the back pay.

The Fair Work Ombudsman has been working with Paul Sadler Swimland since October in renegotiating a enterprise agreement between the company and staff. The staff have been backed by the SIA as they negotiate the new agreement.

Paul Sadler Swimland is the latest franchise network to become embroiled in underpayment of wages and have the spotlight put on its enterprise agreement.

Recently released figures from a union joint venture project, The Fair Pay Campaign, show that of 20,000 workers who checked their pay through a calculator, one in four where underpaid.

In the past 18 months wage underpayment scandals have involved convenience store giant 7-Eleven, which has so far repaid workers $59 million, Caltex’s franchise network of service stations, and Domino’s pizza.

Click here to read a statement from Paul Salder Swimschool.