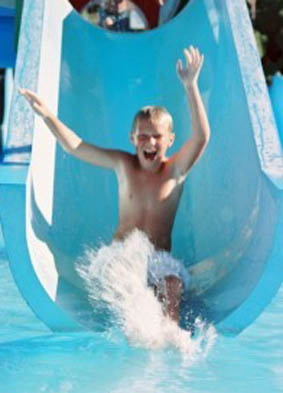 Details of the Ramayana Water Park, which aims to become South East Asia's leading waterpark, have been released.

Situated in the Thai resort of Pattaya, and set to open in open late 2012, the new waterpark will cater for Bangkok residents as well as overseas visitors to Thailand.

To be designed and built to international standards, the first stage of the Ramayana Water Park will be cover an area of approximately 160,000 metres2 and offer industry-leading thrills and family rides. Rides, to be designed by WhiteWater West Industries, will include Asia's first ever Viper family ride, an AquaLoop vertical looping waterslide and a Dueling Master Blasters ride, where friends will be able to compete against each other on triple tubes while racing up and down hills on specially designed water rollercoasters.

To ensure that the waterpark is built and operated to the highest standards of safety and service, Alan Mahony, Managing Director of MAHONYdmc, has been appointed to oversee project design, construction and operations.

Australian-born Mahony, who began his career at Wet 'n' Wild Waterworld, Warner Bros. Movie World and Seaworld on the Gold Coast, has, since the mid-1990s, been at the forefront of the development and management of some of Asia's leading waterpark developments including the Chimelong Water Park and the Beijing Happy Magic Water Cube Waterpark.

Mahony explains "this is a very exciting market which includes both the Bangkok market and Chonburi tourism market. It has been very important during our initial stages to closely study these markets to have an understanding of exactly how we need to develop and design the waterpark.

"We have looked closely at waterparks within Asia that deal with similar tourist markets, as well as waterparks that deal with large local urban markets. We have selected not only the most popular thrill rides but also have dedicated a large portion of the waterpark to family and children attractions, including a giant themed AquaPlay structure and a mini Abyss, for children to enjoy.

"The waterpark will be themed along the storyline of Ramayana (an ancient Sanskrit epic) and will feature a native landscape. The waterpark will also feature shaded relaxation areas, special VIP Sala's that can be rented for the day, plus a large range of local and international cuisine."

A recent launch event for the waterpark was backed by the Minister of Tourism and Sports of Thailand, Chumpol Silapa-archa; the Governor of Chonburi Provice and the Mayor of Pattaya, Ittipol Khunpluem. The Kasikorn Bank, the largest credit institution in Thailand and the Board of Investment in Thailand also backed the launch.

Located less than a two hour drive from Bangkok and its population of 11 million, Pattaya attractions three million overseas and 900,000 local visitors per year.

Figures from the 2010 Theme Park Index (TMI), released recently by the economics practice at AECOM and the Themed Entertainment Association, show that in 2010 five of the world's top 10 most visited waterparks were sited in Asia.

The TMI also showed an average annual growth of 7.8% in global waterpark attendance trends from 2006 to 2008 - double the growth of any other attractions' attendance within the theme park and waterpark industry.

Alan Mahony has written a feature on Asian waterpark developments in the July/August 2011 issue of Australasian Leisure Management.

For more information on the rides and play structures being installed at Ramayana Water Park visit www.WhiteWaterWest.com