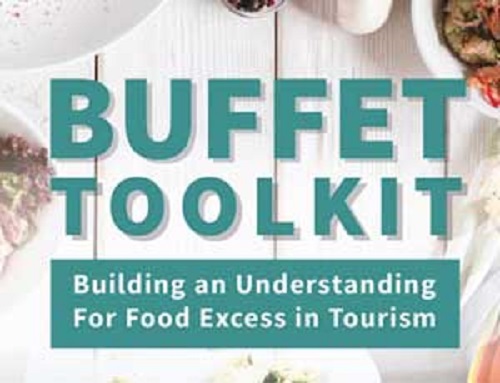 As part of is BUFFET food waste reduction initiative, the Pacific Asia Travel Association (PATA) has released findings on food waste in the tourism industry across the Asia-Pacific - reviewing governmental, private sector, non-profit, and developmental initiatives geared towards tackling the issue.

Announced by PATA Chief Executive Dr. Mario Hardy during the PATA Annual Summit 2019 in Cebu, Philippines, the report titled, BUFFET: Building an Understanding For Food Excess in Tourism - A report on the state of the Asia Pacific hospitality and tourism industry’s relationship with food waste, is the capstone to PATA’s BUFFET initiative, launched in January 2018.

The initiative centres on bringing together stakeholders, raising awareness, developing and sharing resources, and contributing to the Sustainable Development Goals by tackling the issue of food waste.

Introducing the report, Dr. Hardy stated “it is my pleasure to share this inspiring and original paper on such an important issue within sustainable tourism. The benefits of doing something about food waste are clear - cutting food waste will boost your triple bottom line and will have a massive effect down the supply chain.

“This report gives hope that we can prevent climate catastrophe if and when more tourism businesses can take actions such as implementing food waste prevention and reduction techniques.”

The new report follows on from campaign initiatives including the ‘BUFFET for Youth’ component, which challenged young tourism professionals to reduce food waste on their university campuses, and the launch of the BUFFET toolkit.

Every year around the globe, 1.3 billion tonnes of food is lost or wasted - according to a 2019 report from the Food and Agriculture Organization of the United Nations - which represents one-third of all food produced for human consumption.

As the tourism industry is one of the largest economic sectors globally, generating 10.4% of world GDP according to the World Travel & Tourism Council, PATA sees that it is the responsibility of the tourism industry to take action and the report evaluates the potential for the hospitality and tourism industry to step up and do their part to control and minimise food waste at all stages from supply and inventory to preparation and service.

This project was supported by The Travel Corporation, Project Partner Scholars of Sustenance, Futouris, EarthCheck, WRAP, International Tourism Partnership, The Travel Foundation, with special assistance from Winnow and Greenview.