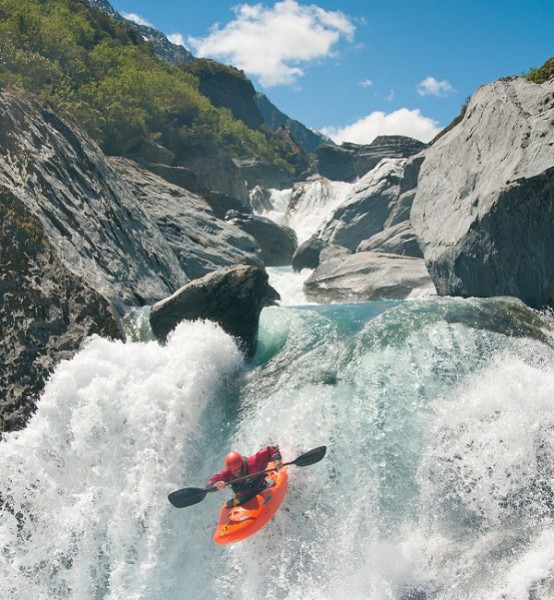 The New Zealand Outdoor Instructors Association has recognised a whitewater kayaker who pioneered paddling some of the country’s wildest rivers, an instructor with a passion for marine life, and a guide known for his sense of humour for excellence in outdoor leadership.

The prestigious Tall Totara award was presented to Hokitika’s Keith Riley for his love of adventure, dedication to teaching and advocacy for the outdoors.

Described by his nominators as ‘Keith the Great’ and ‘an adventure icon’, Riley currently contracts as a tutor at Tai Poutini’s Greymouth Campus, runs training for LandSAR and the Coast to Coast multisport event, and works as a guide supporting expeditions to Antarctica for Quark Expeditions.

NZOIA Chair Gemma Parkin said Riley’s feats and contribution to instilling a love of adventure in others had made him a legend of New Zealand’s outdoor community.

He has competed in a variety of adventure races over the years, where his outstanding fitness and outdoor technical skills have led to high placings, including a fourth-place finish in the 2005 Adventure Racing World Championship with New Zealand team Port Nelson.

He is also an avid kayaker, known for first descents of some of New Zealand’s most challenging rivers. He became one of a select few to have kayaked the Nevis Bluff rapids on Otago’s Kawarau River when he paddled it as an 18 year old in 1996 and he is well known for being part of a team of three that completed the first full descent of the Morgan Rapids in the upper reaches of the Waitaha River in 2013. The Waitaha River is located on the West Coast and known by many as the ‘Mt Cook of rivers’ for its challenging nature.

Parkin explained “Keith is highly accomplished and his reputation and mental fortitude are well known among his peers.

“But what really stands out – over and above his significant achievements in the outdoors – is his passion for giving something back. He is dedicated to lighting the flame of adventure in others and is a staunch advocate for preservation of the outdoor environments that have given him and other Kiwi outdoorspeople so much.” 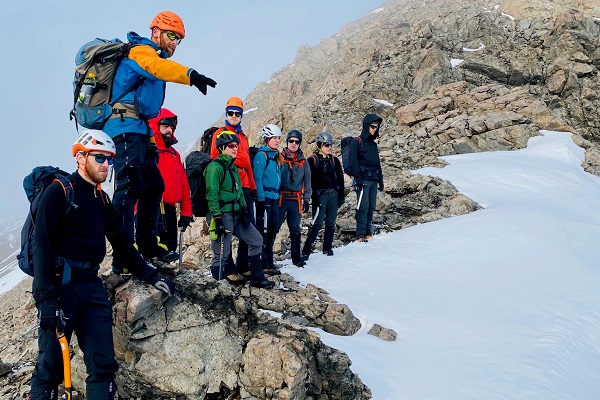 In recent years Riley has put his energy into tutoring students at Tai Poutini Polytechnic and advocating for the value of clean free flowing rivers. This work has involved submissions to the Department of Conservation to protect the Waitaha River and work with young people to tell the stories of New Zealand's waterways and landscapes.

Another highlight of this year’s awards was the presentation of the ‘Emerging Instructor’ award to Sam Aldrich, who works on Great Barrier Island as an instructor for Hillary Outdoors.

Aldrich’s nomination said his enthusiasm and knowledge of the marine environment made him an “incredible role model” for those he instructed. It noted his technical skill as a Sea Kayaker and his impressive ability to relate to people from all walks of life.

Commenting on this award, Parkin noted “Sam’s caring and relaxed nature enables him to quickly build rapport with participants. He is completely in his element in the ocean and that inspires and instils confidence in those around him – I’ve no doubt he has an incredibly bright future in our industry.

The 2020 Emerging Guide award was presented to Jamie Marr, who works as a guide for Basecamp Adventures in Queenstown.

Parkin said Marr’s humour, down to earth nature and technical skill made him an ideal role model for others in the guiding industry, adding “Jamie embodies so many of the qualities that make a top guide. He brings humour and a sense of fun to any occasion, while at the same time taking time to listen, share knowledge and ensure the safety of everyone he takes into the outdoors.” 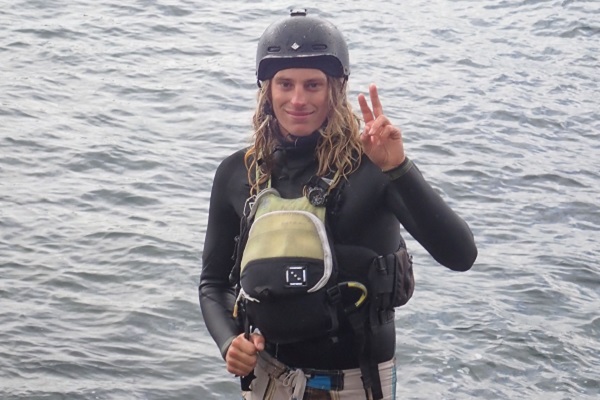 The NZOIA Outdoor Excellence Awards are held annually to recognise the highest achievements of individuals involved in outdoor recreation, education and guiding in New Zealand. The awards dinner was originally scheduled to take place during the 2020 NZOIA National Training Symposium in Auckland, but this year’s symposium was cancelled due to COVID-19 event restrictions.

The Tall Totara award
Recipient: Keith Riley (Hokitika)
The Tall Totara award is presented to an instructor who personifies excellence in outdoor leadership. Recipients are highly respected role models who have contributed significantly to outdoor education in New Zealand.

Well known whitewater kayaker Keith Riley contracts to Tai Poutini Polytechnic’s Outdoor Programme in Greymouth, runs training for LandSAR and the Coast to Coast multisport event, and also works as a mountain guide for Quark Expeditions, supporting expeditions to Antarctica. He has had a long career pioneering difficult whitewater, including the first full descent of the upper reaches of the West Coast’s Waitaha River in 2013. He continues to take part in kayaking events and was part of the New Zealand team, Port Nelson, which finished fourth in the 2005 Adventure Racing World Championship.

As an outdoor educator and instructor, Riley is one of New Zealand’s most talented and most qualified, holding NZOIA Kayak 2, Bush 2, Alpine 2 and Rock 2 qualifications. His sense of humour, teaching skills, athleticism and relaxed demeanour make him and inspirational and popular figure with students, and dozens of guides and instructors currently working in New Zealand have benefitted from his teaching.

Riley is also active in river conservation and a passionate outdoor advocate.

Sam Aldrich received this year’s Emerging Instructor award for his ability to relate to students of all backgrounds and his incredible passion and knowledge of the marine environment. He has worked as an instructor at Hillary Outdoors education centre on Great Barrier Island for the past three and a half years, inspiring students, keeping them safe and passing on his love of adventure and the ocean. Many of his students comment on his easy-going nature and passion for the oceans, gleaned from an upbringing of surfing, kayaking and spear fishing on the Coromandel Peninsula.

He holds NZOIA qualifications in Sea Kayaking, Bush and Rock. Prior to his role at Hillary Outdoors he studied at Aoraki Polytechnic (now known as the Ara Institute of Canterbury), finishing his Diploma in 2016. 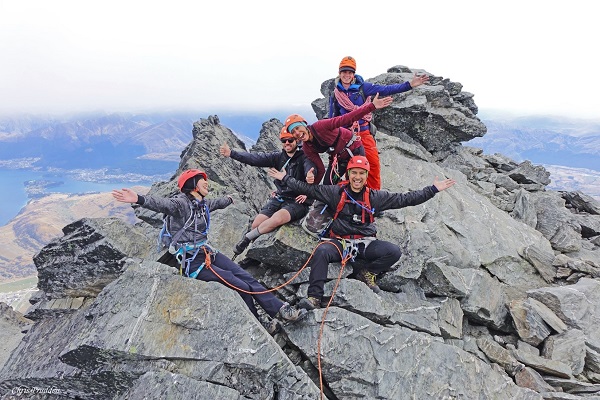 Jamie Marr received this year’s Emerging Guide award in recognition of his expertise providing professional, enjoyable and safe guided climbing experiences for Basecamp Adventures in Queenstown. He is known for greeting his clients with a warm grin and his ability to build rapport and trust over the course of a day out. The guided experiences he leads regularly receive positive reviews, with many participants noting his patience, “good chat” and ability to pass on gems of knowledge that they be applied to any future climbs they take part in.
Marr holds NZOIA Bush, Alpine and Rock qualifications. Prior to his work at Basecamp Adventures he studied at the Ara Institute of Canterbury, where he received the top student award in each of the three years he was there.

Amoranga Apaapa from Wintec was recognised for his hard work and dedication to using Te Reo Māori in his instruction. Nicole Davenport from NMIT and Robbie Smith from Ara Institute of Canterbury – Christchurch Campus received the award for their planning skills and dedication to self-improvement. Jason Bond of Tai Poutini Polytechnic was recognised for his teaching ability, professionalism and leadership, while Libby Clifton from Hillary Outdoors was recognised for her dedication to learning and ability to motivate and inspire her peers. Tia Denovan-Stroud from Ara Institute of Canterbury – Timaru Campus received the award for her strong overall performance and integrity.