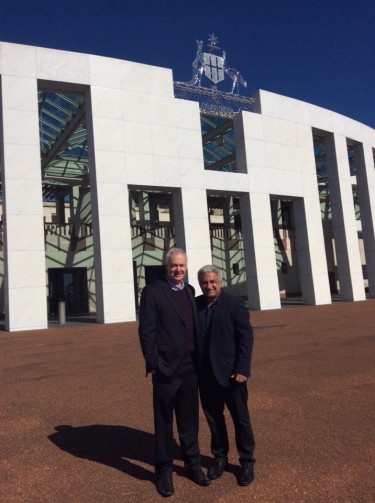 A campaign led by former SBS sport presenter, Andy Paschalidis, to have lifesaving defibrillators at every sporting field in Australia is gaining momentum.

With Masters events and over 35s and 45s sport, particularly football, growing in popularity in recent years, so have sudden cardiac arrest incidents - although such events also happen among younger people.

The popular Paschalidis, who stills plays football for Forest Rangers FC told The Daily Telegraph earlier this year "it’s hard to fathom the number of heart attack deaths this year - and not just in the world game."

With the Victorian Government having allocated $2.7 million to provide 1,000 defibrillators to local sports clubs in its 2015/16 State budget, Paschalidis, backed by the Australian Heart Foundation, is heading a campaign to have Federal and State Governments fund automated external defibrillators (AEDs) at every sporting field in Australia.

Paschalidis has this week taken the campaign to Federal Parliament in Canberra, meeting with politicians to present a 40-page dossier on the benefits of having defibrillators at sporting fields. 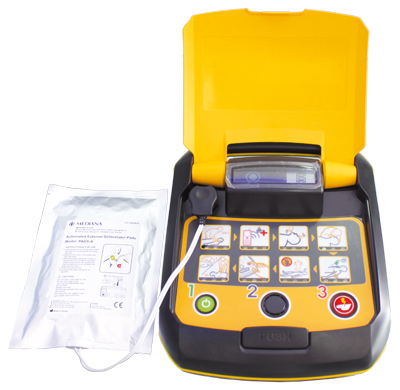 A cardiac arrest occurs when the heart goes into an abnormal, fast rhythm, which can be corrected by an electric current delivered through the chest by a defibrillator.

Commenting on the benefits for AEDs, Heart Foundation (NSW) Director Associate Professor Stuart Thomas explains "a lot of people die suddenly and heart disease is the No.1 cause of death in men and women.

“Young people with heart irregularities can die but the vast majority are older people who are at risk of sudden death, and half who die suddenly die from an abnormal heart rhythm.”

Click here to view a petition calling on Federal Minister for Health Sussan Ley to introduce a national defibrillator program for sporting fields across the nation.