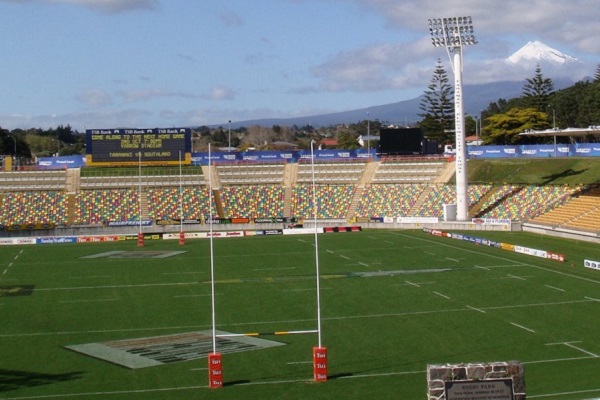 A process has commented to find contractors to work on the redevelopment of Yarrow Stadium, the New Plymouth venue that was badly damaged by an earthquake back in 2016.

The Stuff.co.nz website has reported that registrations of interest are being sought from companies seeking to provide construction services on the North Island venues, which continues to operate, albeit at a significantly reduced capacity.

The project includes repairs to the Stadium’s two main stands, technology upgrades, new LED lighting and improvements to the pitch. Interested parties have until 6th March to register their interest, with work set to commence in June following the tender process.

Redevelopment of Yarrow Stadium moved forward, despite strong opposition, after receiving the backing of New Plymouth District Council (NPDC) back in June. NPDC voted nine to five in favour of the $50 million project, cutting $5 million from the initially expected cost of transforming the venue, after it was approved the previous month by Taranaki Regional Council (TRC). The stadium is owned by the Taranaki Stadium Trust, a TRC-controlled body operated by the NPDC.

Having suffered damage from the Kaikōura earthquake in November 2016, Yarrow Stadium’s two main stands have been out of action since June 2018 after they were deemed an earthquake risk.

Image: Yarrow Stadium with Mt Taranaki in the background.