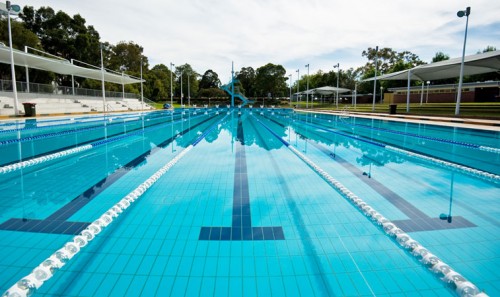 With a summer of drownings having revealed the need for children to be taught swimming skills, the City of Parramatta Council, with a population of more than 230,000, will soon no longer have a year-round aquatic facility.

Council reorganisation has seen the new Cumberland Council acquire Parramatta’s former Granville Swimming Centre while the Parramatta War Memorial Pool is to be closed and demolished as of the end of March to enable the NSW Government-sponsored redevelopment of Parramatta Stadium. As a result, Parramatta, the second largest employment destination in NSW after the Sydney central business district and home to a fast growing population, will only have the seasonal, and aged, Epping Aquatic Centre which it acquired from the Hornsby Shire in the recent local government reorganisation.

Described in 2015 by then Hornsby Mayor Stephen Russell as "a dinosaur", the 1960s pool was refurbished for the current summer season. However, a 2015 Hornsby Council report said the Epping Aquatic Centre was plagued by difficult, even impossible to repair leaks, low patronage "and arguably has reached the end of its useful life".

While a new aquatic facility is apparently planned on ths site of the former Parramatta Golf Club, there is currently no funding in place and such a facility is likely to take at least five years to develop.

In the interim, and needing to find alternative venues for about 1400 students enrolled in learn-to-swim programs at the soon-to-close pool, Parramatta City Council has been reported as looking at accessing the currently unheated 25 metre outdoor pool at the Macarthur Girls High School, with likely conversion costs in excess of $2 million.

Another option is a temporary facility in a warehouse building.

However, with contracting aquatics provision, the Council’s aquatics staff are currently being offered voluntary redundancy or redeployment within the Council with just a fraction of current roles to be retained.

Meanwhile, the administrator of the neighboring Cumberland Council, formed in May by the merger of parts of the former Auburn City, Parramatta City and Holroyd City councils, has reportedly shelved the former Holroyd Council’s plans for a new regional level aquatic and recreation centre.

Suggesteing that the project could cost up to $83 million, Cumberland Council Administrator Viv May described the project as “financially reckless”.

However, the new Council faces multi-million dollar costs bills to upgrade existing pools at Merrylands, on which the planned Holroyd Regional Aquatic Wellness Centre was to have been built, as well as for pools at Wentworthville and Guildford.

In another move to the detriment of the local community, City of Parramatta Council has cancelled an expression of interest to lease the Council owned Rydalmere Bowling Club premises.

After a year of discussions between Council staff and Rydalmere FC, which lodged a submission to lease the bowling club the Council will now review social infrastructure, recreational and open space needs as part of a new Rydalmere Park masterplan.

Article amended 10.21am, 23rd January 2017. Previously the article was titled 'Parramatta City Council turns its back on swimming pool provision' while reference to the Council now use its current name, City of Parramatta Council.