Parks Week to advocate for the value of the outdoors

Public events focusing on the value of the outdoors will be held on both sides of the Tasman Sea from 5th to 13th March as New Zealand and Australian organisations get together to raise awareness of the many benefits of parks and other open spaces.

Parks Week’s week-long events will see councils and other organisations in both countries will be running a wide range of activities for people to enjoy.

Award-winning UK film maker David Bond, best known for the film Project Wild Thing, will also be on hand for the New Zealand leg of the event, making appearances across the country. Bond’s film sparked The Wild Network, a movement aimed at getting kids outdoors and leading nature rich lives.

Leslie explained “whether it’s a city park or a wilderness or bush setting, we want to recognise and celebrate the immense value parks provide for people to get out of their homes to exercise, unwind, and interact with others. The benefits of these spaces for physical and mental health, and in terms of economic wellbeing, cannot be overstated.”

Leslie added that given increasing urbanisation and restrictive budgetary choices, and with children in New Zealand and Australia becoming more sedentary, it has become more important than ever to stress the value of investing in open spaces.

The recent Sport NZ Active NZ 2013/14 survey of recreation participation in New Zealand found that 80% of New Zealand adults had participated in sport or recreation in one or more natural settings in a 12-month period.

Half participated in parks, in towns and cities. Parks are similarly popular in Australia.

Leslie added “when it comes to outdoor enjoyment, New Zealand and Australia have a great deal in common.

“It makes sense for us to be working more closely together, and to encourage entities such as local councils, sports trusts and private landowners to participate.

“What’s needed is a joint effort, with communities, parks bodies and government working together for lasting outcomes. With that, we can get a lot done.” 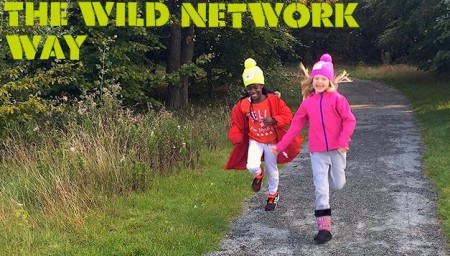 David Bond is an award winning UK-based filmmaker. He is best known for his film Project Wild Thing, an engaging and thought provoking record of his attempt to reconnect his own children – and indeed all of Britain's children – with nature. He has also founded the Wild Network – a movement aimed at getting kids outdoors and leading nature rich lives.

David Bond will be in New Zealand during Parks Week to speak at a range of events, from screenings of his film to workshops with councils and government agencies. He is available for phone interviews prior to and throughout the week, and in-person interviews in the cities where he will be holding and attending Parks Week events:

For more information on Project Wild Thing go to www.thewildnetwork.com/film

For more information on The Wild Network go to www.thewildnetwork.com/

For more information on Parks Week go to www.parks-week.org