Hamilton residents are being encouraged to explore and enjoy the city's green spaces as part of Parks Week 2016, which runs from 5th to 12th March.

An annual event for the parks and recreation sector, this is the second year Hamilton City Council has participated in Parks Week.

Several initiatives are planned, including guided tours of two city parks, explorations of some of the many park paths in Hamilton, as well as a chance for amateur photographers to win.

Sally Sheedy, the Council's Parks and Open Spaces Manager, says Hamilton has an expansive network of parks – some of which are largely unknown to city residents.

Sheedy explains "we're responsible for managing more than 1,100 hectares of parks and open spaces across the city, and Parks Week gives us a chance show residents the results of the hard work and planning we put into park management.

"One of the key features of Parks Week in Hamilton will be a guided tour of the Taitua Arboretum, which is just outside the city. This is a beautiful location, with a fabulous collection of trees, and one of our most experienced staff will be sharing his knowledge with visitors who sign up for the tour.”. 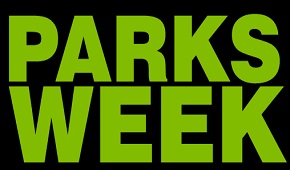 The Taitua Arboretum tour is on Wednesday 9th March, at 5.30pm.

On a similar theme, local historian Lyn Williams will lead a guided tour of the historic Hamilton East cemetery, next to Hamilton Gardens. Williams will discuss the stories of some of the characters and city forefathers buried at the heritage cemetery.

Sheedy says staff are also interested to see the images of the city's parks captured by amateur photographers, who are in with a chance to win cameras and accessories from Snapshot Cameras as part of a Parks Week photography competition which will be run via the Council's official Facebook page.

For more information on Parks Week in Hamilton go to www.hamilton.govt.nz/parksweek