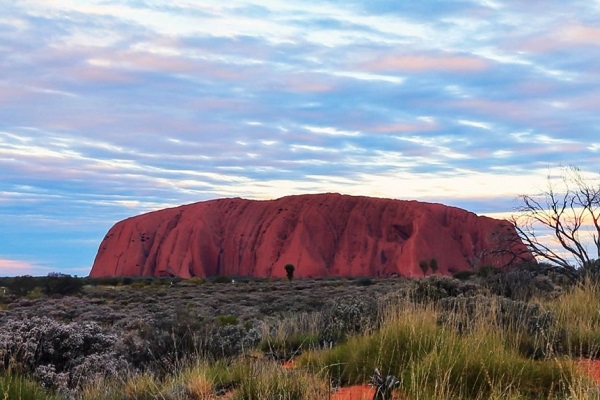 The cost of entering Uluru-Kata Tjuta National Park could rise by up to 52% under changes proposed by Parks Australia.

In an email to tourism operators seen by the ABC, the cost of entry for visitors over 18 and Northern Territory residents will increase, but children, motorcycles and Yulara residents will be able to enter the park free of charge.

In its email, Parks Australia said the price to enter the park had not increased for 16 years and the price hike was in line with inflation.

Responding to the projected rise, Tourism Central Australia Chief Executive Stephen Schwer said it was concerning the fees had not been steadily increased.

Schwer told the ABC “one of the big concerns that we've got (is not) steady increases, pretty much everybody accepts those - when a price goes up 52% in one year, that's when people start to feel the pinch a bit.”

He said tourism operators were particularly worried because it was standard practice to sell travel packages years in advance, noting “we've got a lot of operators that have got their prices out in the market currently, that have been set on the prices as they are - and those prices are current as far as April 2021.

"We have operators who certainly between November and April next year are going to have to be wearing a significant cost per person themselves."

Commenting that tourism businesses do not usually have a large profit margin, meaning the increases would be hard for operators to absorb, Schwer added “their margins aren't very big - it represents a significant percentage reduction of income coming into a business.”

Prior to the climb’s closure, tourism operators experienced a major spike in activity as more than 50,000 extra visitors scrambled to Uluru to climb the rock.

Parks Australia told operators that the cost of managing the park was increasing, with spokesperson Karl Dyason stating “we need to be responsible economic managers of the park and ensure we have the funds to maintain Uluru-Kata Tjuta National Park into the future.

The email told tourism operators that 25% of the increase would be paid to Uluru-Kata Tjuta's Traditional Owners.