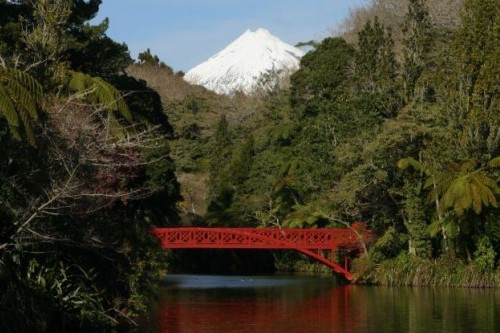 The majority of residents in the New Plymouth District Council local government area are happy with Council’s parks, green spaces and the Coastal Walkway, according to a new independent survey by the National Research Bureau (NRB).

The telephone survey of more than 400 residents found that these features were a big contributor to quality of life, with 94% were very or fairly satisfied with the quality of local parks and reserves -including the world-class Pukekura Park - while 94% were also happy with how easy it is to access the District’s natural environment.

That satisfaction with parks and green spaces contributed to some 76% of residents saying the quality of life in the district was very good, well above the national average of 40%.

The District also scored well on financial management, with 84% of respondents either fairly satisfied or very satisfied with how rates were being invested.

Welcoming the findings, New Plymouth District Mayor Neil Holdom stated “our vision is to Build a Lifestyle Capital and this independent data shows we are on the right track to achieving that. Investment in our parks and great community facilities like the Coastal Walkway has been money invested wisely as they are a big part of so many people’s daily lives.

“It’s also satisfying to see support for how rates are being used as we manage assets worth $2.6 billion and a $155 million annual operating budget.”

Other key findings of the Communitrak survey by NRB include:

The data also revealed the province had the highest rating for people feeling safe in their neighbourhood and the highest percent rating for residents having enough money to meet everyday needs.