Parks a key to physical activity 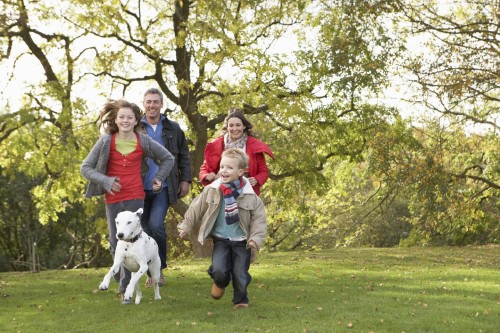 Professor Floyd is the second international researcher to visit UniSA in 2010 as part of the universityâs new Distinguished Researcher Award.

UniSA is bringing five distinguished researchers to Adelaide under the new program to boost research collaborations and outcomes.

Professor Floyd is a faculty member in the Department of Parks, Recreation and Tourism Management from North Carolina State University. He is a lead investigator of Investigating Places for Active Recreation in Communities (IPARC), an initiative to promote greater understanding of how parks contribute to physical activity and health.

His research focuses on the role of parks and recreation amenities in facilitating physical activity especially in low-income communities, the influence of race and ethnicity on leisure activity preferences, and environmental justice in relation to public parks.

During a public seminar at Mawson Lakes Campus last Friday, Professor Floyd spoke on recent research findings into the contribution of public parks to physical activity and health.

Professor Floyd stated that "we know that obesity is a major problem in the developed world, and part of the problem is that people are not active in their leisure time.

"Research has shown that in the United States, overweight-obesity and lack of physical activity are in the top four causes of death attributable to individual risk, behind tobacco and high blood pressure.

"I've been researching how parks can be part of the inactivity-obesity solution and have found they have a large role to play."

Professor Floyd said parks were readily accessible and available, with 75% of United States households being within two miles of a park system.

Professor Floyd said research evidence was consistent in showing that availability of parks is related to increased activity. However, there was limited understanding of how use of parks translates into physical activity.

"In the parks we observed, people were more active on the paths through walking and jogging, but expended the least energy in the baseball fields and in the dog areas, where people tended to sit and watch their dogs rather than exercise with their dogs.

"In children, we found boys were more active on an informal basis â they were more likely to pick up a basketball and have an impromptu game. Girls, on the other hand, needed more formal, organised activities with a coach or supervising adult."

Professor Floyd said while parks and sporting facilities held potential to increase physical activity in populations at risk, he was keen to conduct further research into the quality of parks in various communities, and look at whether better quality facilities in low income areas would further boost physical activity among residents.

Professor Floydâs visit to UniSA was secured through the UniSA International Research Collaboration Support Program. He is being hosted by Dr Delene Weber from the School of Natural and Built Environments and in Adelaide until 21st April.