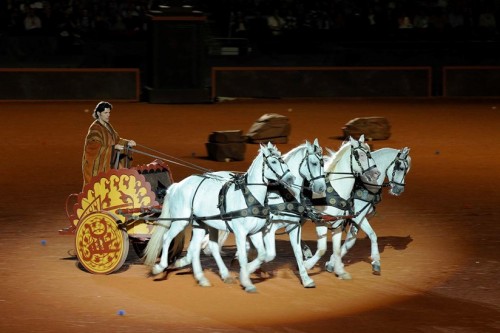 Spectacular theatrical and entertainment events from the worldâs most innovative stadium scaled producer are set for Sydney's ANZ Stadium under a breakthrough five year agreement with StadeFrance Live Events.

StadeFrance Live Events is a wholly owned subsidiary of the iconic Stade de France in Paris, which hosted the 1998 FIFA World Cup final and has become one of Europe's premier sports and entertainment venues.

Under the agreement, Sydney's ANZ Stadium will be granted the exclusive first right to conduct events produced by StadeFrance Live Events.

The new partnership places Sydney at the forefront of the emerging global entertainment genre of stadium scale presentations of classic theatre and opera, as well as contemporary entertainment.

With this strategic partnership, ANZ Stadium plans to deliver world class stadium shows produced in Europe first to Sydney audiences with the ability to take them to the broader Australian and New Zealand markets.

StadeFrance Live Events is committed to developing new shows with their performance at ANZ Stadium in mind right from the conceptual stage.

This partnership will underline ANZ Stadium's status as Sydney's largest and Australia's most progressive sports and entertainment venue. It also demonstrates the value that StadeFrance Live Events innovative content can provide to large stadia targeting a broader audience and the optimal use of their venues.

The agreement is a first for an Australian stadium and follows a new strategic direction being adopted by stadia looking to open up opportunities for innovative non-sporting events with worldwide appeal.

Speaking of the agreement, Jean-Christophe Giletta, Chairman of StadeFrance Live Events explained "we are proud to partner ANZ Stadium, one of the most prestigious stadiums in the world and to provide them with a great program of premium and creative entertainment content.

ANZ Stadium Chief Executive Daryl Kerry added "we have been most impressed by the quality of Stadium scaled shows being produced by StadeFrance Live Events and their professional commitment to developing shows that will have mass appeal.

"We are delighted that as future shows are developed ANZ Stadium will have the ability to deliver those shows first to Sydney audiences and later in the broader Australian and New Zealand markets.

"The prospect of regular artistic performances on a grand scale complements our current schedule of major sporting events making ANZ Stadium one of the world's most versatile stadiums."