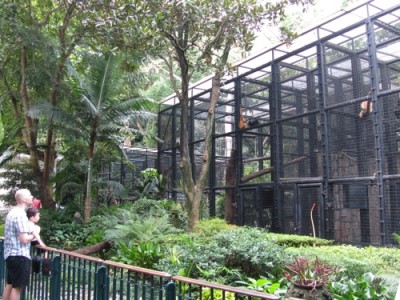 The Hong Kong Zoological and Botanical Gardens is in need of major renovation and improvement works, according to a Hong Kong Government-backed review panel.

The panel has called for a rethinking of infrastructure at the 140 attraction, citing inadequate and shabby cages for animals and disorderly distribution of plant species.

The shortcomings are eroding the appeal of the facility, which is one of the oldest zoological and botanical centres in the world, according to the review group.

Commissioned by Hong Kong's Leisure and Cultural Services Department last year, the Kadoorie Institute of the University of Hong Kong undertook a study of the zoological and botanical gardens.

In a report outlining the findings, the study group said, among other things, that the animal sections at the park lack consistency and theme, while the plants are distributed without proper structure and planning and lack enough local flavour.

The report suggests that areas housing some animals be redesigned into artificial woods, and that rivulets and trees be used to clearly separate animals and visitors.

Some birds should be relocated to the Kowloon Park, the review group said, while also recommending that more plants of local origin be added to the park.

Dr Howard Wong Kai-hay, Executive Director of Professional Veterinary Education and Development at City University’s School of Veterinary Medicine, believes the park needs more staff to ensure the wellbeing of Pongo pygmaeus, a species of Orangutan native to the island of Borneo. 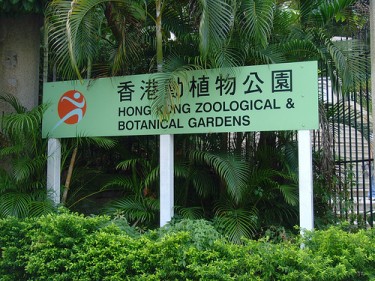 Dr Wong also called for larger living space for the animals, stating “if the park cannot provide more space, it would be better to send some of the animals to zoos in foreign countries.”

Some visitors have compared the cages housing the Pongo pygmaeus to akin to being in the Stanley Prison.

Activists have called for open cages to offer more activity space for the animals.

Managed by the Hong Kong Government, the Hong Kong Zoological and Botanical Gardens, located on the northern slope of Victoria Peak, occupies an area of 5.6 hectares.

For more information go to www.lcsd.gov.hk/en/parks/hkzbg/