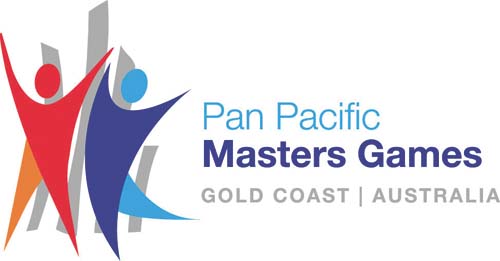 The ninth biennial Jupiters Pan Pacific Masters Games has reinforced its position as one of the biggest multi-sport events in the world with a record-breaking 14,500 masters-aged athletes anticipated to converge on the Gold Coast this November.

“More than 14,500 competitors will visit the Gold Coast from every state and territory and close to 20 countries including; New Zealand, Papua New Guinea, Sri Lanka and the United States of America.

“The Queensland Government’s 20-year plan for tourism, Destination Success, outlines the importance of supporting events such as this which boost visitation.

The official launch also included the announcement that Jupiters Hotel & Casino have signed on as the naming-rights sponsor of the event, now referred to as the Jupiters Pan Pacific Masters Games.

Jupiters Hotel & Casino Managing Director Geoff Hogg, said the property was proud to be naming-rights sponsor of one of Queensland’s major sporting events to help promote the Gold Coast to the world.

Hogg explained “the Jupiters Pan Pacific Masters Games will benefit many in our community and again put the Gold Coast on an international stage. As a part of this city for nearly 30 years, Jupiters is committed to supporting and attracting these events.

“It’s an exciting time to be a part of the Gold Coast, particularly for Jupiters as we continue to invest in our property to help maintain the city’s position as a must-visit tourist destination.

“Our location right next to the Games’ headquarters, Gold Coast Convention and Exhibition Centre, puts us in the centre of the action and we’re looking forward to welcoming thousands of athletes and their supporters from Australia and overseas to Jupiters Hotel and Casino.”

Watson stated “the Jupiters Pan Pacific Masters Games’ ambassador program is an extremely successful initiative which enables our competitors and supporters to compete with and against as well as socialise with former greats of Australian and Queensland sport.

“These five ambassadors embody the energy and passion for sport that all of our masters-aged athletes possess and we’re certain they will enthusiastically promote active and healthy lifestyles for people aged 30 and above.”

Watson said this year’s event will host 42 sports including five new additions: fitness challenge, trivia, equestrian – dressage, sailing and diving and will deliver one of the biggest entertainment line-ups over eight huge nights at the Gold Coast Convention and Exhibition Centre.

He added “the sports program has been bolstered by the inclusion of new sports and the opportunity for some sports to be held at the Gold Coast’s most exceptional sporting venues including the redeveloped Gold Coast Aquatic Centre which will host diving, swimming and water polo."

The Jupiters Pan Pacific Masters Games is supported by the Queensland Government through Tourism and Events Queensland.

The event is being held from 1st to 9th November.