Palestine’s presence in the AFC Asian Cup a step towards statehood? 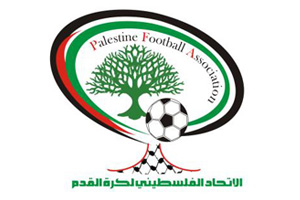 The participation of Palestine in the 2015 Asian Football Confederation (AFC) Asian Cup from next week sets a new benchmark for smaller nations who see football as a key part of their toolbox to achieve statehood.

As James M. Dorsey explains, when Palestine kicks off its first Asian Cup match against Japan on 12th January in Newcastle, the football pitch will have emerged against a backdrop of setbacks as the most important venue on which the fledgling state has advanced its quest to take its place among the family of nations.

The kick off follows the United Nations Security Council’s recent refusal to set a deadline for an end to almost half a century of Israeli occupation and comes as the International Criminal Court debates whether the Palestine Authority is an entity or a state. As a state, Palestine would qualify for taking Israel to task on alleged war crimes as well as infractions on international law governing the administration of occupied territory.

Palestine’s progression on the Asian football stage also focuses attention on its campaign to get Israel suspended by world football governing body FIFA for alleged obstruction of the development of Palestinian football that is part of a broader effort to squeeze Israel within international organisations. After years of failed mediation efforts, FIFA last month warned that Israel could be sanctioned if it failed to ensure the free movement of Palestinian players.

In making it to the 16-team AFC Asian Cup tournament, Palestine has achieved what other fledgling states like Iraqi Kurdistan and Kosovar dream of: recognition of nation and statehood in a world that dances around their national aspirations. To be sure, Palestine with Arab backing established as far back as 1998 with admission to FIFA even though it was not a legally recognized state the base line for the employment of football in nation building and state formation. Qualification for the Asian Cup allows it to capitalise on the FIFA recognition in an unprecedented way that would only be triumphed by qualification for a World Cup.

By contrast Iraqi Kurdistan’s national team has competed so far only in the likes of the unofficial VIVA World Cup, which it hosted in 2012. The team played last year in the ConIFA World Football Cup that is populated by squads representing regions or groups that are recognised by the Unrepresented Nations and Peoples Organization (UNPO).

A statement by Iraqi Kurdish President Massoud Barzani equating sports to politics as a way of achieving recognition adorns Iraqi Kurdistan’s three major stadiums and virtually all of its sports centres and institutions.

“We want to serve our nation and use sports to get everything for our nation. We all believe in what the President said,” says Kurdistan Football Federation (KFF) President Safin Kanabi, scion of a legendary supporter of Kurdish football who led anti-regime protests in Kurdish stadiums during Saddam Hussein’s rule.

Like Kosovo, Kurdistan is barred by FIFA on the grounds that it is not a full member of the United Nations. Kosovo’s aspiration are complicated by the fact that European governing body UEFA, which initially accepted the UN rule adopted in 1999 to appease Spain which was opposed to Gibraltar being granted membership. Gibraltar ultimately became an UEFA member in 2013 after the Lausanne-based Court of Arbitration of Sport (CAS) ruled in its favour. Gibraltar’s success raised Iraqi Kurdish hopes in the knowledge that the AFC’s statutes refer to the UN rule only indirectly by stating that membership has to comply with FIFA’s statutes and the fact that the AFC in the past has successfully defied FIFA by expelling Israel and Taiwan on political grounds.

Even so Iraqi Kurds realize that with Syria and Iraq battling to retain territorial integrity and remain nation states, Islamic State’s control of a large swath of their territory, and sectarian warfare, chances for international support for Kurdish national aspirations are zero. Although threatened by Islamic State, Kurdistan has nonetheless developed into a state in all but name ever since the US declared a no-fly zone above northern Iraq in 1991 to protect the Kurds against the wrath of former Iraqi strongman Saddam Hussein.

Kurdistan deals directly with many governments on an informal basis but lacks the kind of acknowledgement that Kosovo enjoys. The former Yugoslav region has been recognized by 110 countries, including 23 of the 28 European Union member states, 24 of NATO’s 28 members and 34 of the 57 members of the Organisation of Islamic Cooperation (OIC).

The Kurdish Football Association has nonetheless demanded that FIFA grant its team like it did in the case of Kosovo and Catalonia the right to play international friendlies.

Both Palestine and Kurdistan have a ways to travel before they achieve statehood. Both confront regional powers opposed to their aspirations. The Kurds will nevertheless monitor Palestine’s performance in Australia and even more importantly how the Palestinians seek to capitalize on their Asian Cup qualification to advance efforts to achieve an end to Israeli occupation and full-fledged independence in the hope that they too will eventually be able to follow suit.