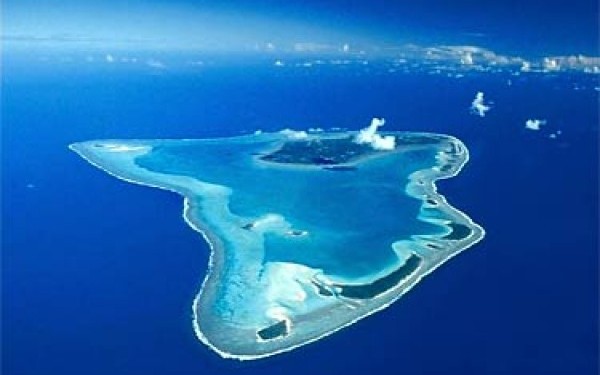 The Cook Islands, with a population nation of 20,000 people on 15 islands, announced the creation of the world's largest marine park at the recent Pacific Islands Forum. The Marine Park will cover nearly 1.1 million kilometres2, an area bigger than South Australia.

Cook Island Prime Mminister, Henry Puna stated "this is our contribution not only to our own wellbeing but also to humanity's wellbeing.

"The Pacific Ocean is source of life for us. We are not small Pacific island states. We are large ocean island states," Puna said at the opening of the Pacific Islands forum, where leaders of 16 Pacific countries including New Zealand and Australia are meeting in Rarotonga.

The new Cook Island marine park will be zoned for multiple uses including tourism, fishing, and potentially deep-sea mineral extraction but only if these activities can be carried out sustainably, Prime Mminister Puna explained adding that the precautionary principle will determine what activities can take place.

Francois Bockel, the head of regional development told UK newspaper The Guardian, "New Caledonia wishes to play its part in the sustainable management of our oceans."

Pacific island nations have committed to a new approach to sustainable ocean management called the Pacific Oceanscape for the 40 million kilometres2 inside their collective exclusive economic zones. The region contains the largest pristine marine ecosystems and is home to 60% of the world's tuna stocks, scientists say.

The tiny Pacific island nation of Kiribati launched the Pacific Oceanscape concept and created the 400,000 kilometres2 Phoenix Islands protected area in 2008. Other Polynesian nations such as Palau and Tokelau created vast whale, dolphin and shark sanctuaries in their waters.

Michael Donoghue of Conservational International concluded "nearly every indicator shows that the world's oceans are in decline.

"What is being announced here is far more than has been achieved anywhere else in the world. It will be of enormous benefit to all of mankind."

Previously the world's largest marine reserve was the 545,000 kilometres2 area established by the UK around the Chagos Islands in the Indian Ocean.