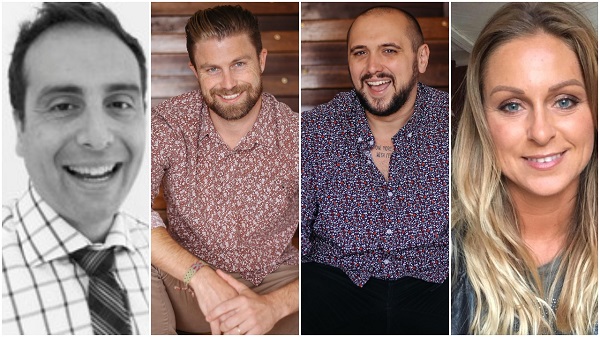 Oztix, Australia’s largest independent ticketing company, has announced new staff appointments, a business acquisition and the signing of key new clients that will see the company continue on its upward trajectory.

Among its appointments, Steve Tassone has joined the Brisbane-based business as General Manager, with a primary focus in the upcoming months of leading the strategic direction of the business.

Having worked in the financial services industry since 2010, Tassone has extensive experience in people management, spending most of his career building effective collaboration and execution among these teams.

Commenting on his appointment, Tassone stated “it’s hard to describe the excitement I feel about Oztix and its immense potential. Ticketmaster’s recent acquisition of Moshtix means that Oztix is now Australia’s premier independent ticketing company. We see this as a huge opportunity for growth and I look forward to preparing the business for further expansion and scale.”

Jim Cunningham joins Oztix as National Operations Manager, responsible for the management of the core operational teams of customer service, client services and event services, he brings a diverse wealth of knowledge and experience to the Oztix family, having held various roles in the ticketing, events and venue industry for over 10 years.

Oztix has also welcomed Dave McCarthy as their Digital Campaign Specialist. After spending the best part of a decade working every role available to him in the entertainment industry, McCarthy has developed a passion for community, data and digital optimisation.

Amy Gates is the new NSW and ACT Business Development Manager for Oztix. After eight years working for the UK’s copyright music licensing society, Rolling Stone Australia took her on as their Advertising and Events Manager. After six years at Rolling Stone, her behind the scenes industry knowledge and expertise is a unique asset to the Oztix business.

These new clients join Oztix’s extensive existing partners that include events – Good Things, Festival of the Sun, Party in the Paddock, Grapevine; lifestyle clients such as the Caravan and Camping Show and Sydney International Boat Show; major venues including ALH Group, Eatons Hill Hotel, The Triffid, Prince Bandroom, The Croxton, Manning Bar, The Gov, Amplifier Capital Group and more as well as the arts including Fremantle Arts Centre and the Sydney International Art Series at the Museum of Contemporary Art (MCA).

In another Oztix development, the group recently purchased PleezPay, an event technology platform providing ticketing and fundraising services to event organisers and charities in the sports and general admission markets. PleezPay has been operating in the Australian market for six years and the Oztix team are looking forward to taking this innovative business to the next level.

Commenting on this, Simon Docherty, PleezPay Commercial Manager advised “I was delighted that Oztix was able to purchase the PleezPay platform and be the ones to take PleezPay to its next stage. The experience, marketing expertise, and security of Oztix is a real positive for the continuing growth of PleezPay.

Based in Brisbane, Oztik has offices in Gold Coast, Sydney, Melbourne and Perth while its sister company NZtix is based in Auckland.

3rd September 2015 - Live Performance Industry worth more than $1.51 billion to the Australian economy