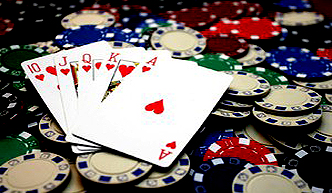 While a UBS Investment analyst reports that Caesars Entertainment has won a bid to build a resort-casino in South Korea's Incheon region, the rival Las Vegas Sands has plan for to build a Singapore-style integrated resort if it can convince the South Korean Government of the merits of breaking Kangwon Land Casino's monopoly rights to serve South Korean gamblers.

The owner of the Marina Bay Sands casino resort in Singapore and Sands China Ltd.'s five casinos in Macau is lobbying the South Korean Government of the merits of breaking Kangwon Land Casino's monopoly rights to serve South Korean gamblers.

Located in a remote mountain valley, Kangwon Land's casino occupies a unique place in the Korean leisure market, with waits of an hour or more for a seat at a table common and revenue per table running double that of Macau's casinos, according to analysts.

The South Korean Government has previously backed the casino's monopoly to drive tourism to the surrounding area, an economically depressed former mining district.

Currently about 3 million Koreans make the trip each year despite poor transport access.

Marina Bay Sands President & Chief Exective George Tanasijevich has been in discussions with the South Korean government and private entities to enter the market and, during a recent visit to Seoul said that South Korea needs to think more broadly about its tourism infrastructure and consider Singapore's "integrated resorts" strategy.

"Korea has the opportunity to be an early mover and reap the benefits."