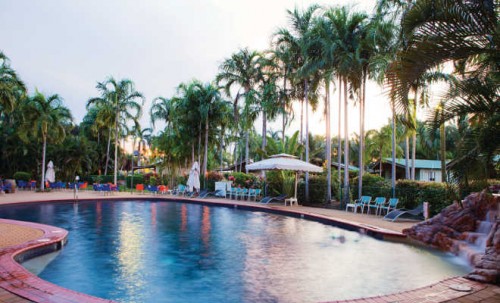 Despite popular belief that the Australian tourism industry is struggling, the recent school holiday period witnessed an increase compared to last year's figures according to the FreeSpirit Management group.

FreeSpirit Management Senior Operations Manager Danella Rockley says they are pleased to have seen a boost in visitors this year to confirm that family holidays within Australia are back on the rise.

Rockley explains "the tourism industry has had it tough for a little while since the economic downturn and it seemed families were embarking on less travel each year.

"Managing or consulting to eight parks across three states in Australia, we are able to effectively measure the emerging trends in the industry and when comparing the bookings from last September's school holiday period to this year; there was a rise across the board.

"By comparing the figures, it proved that confidence is returning to holidaying at home in most parts of the country.

"It was a very strong season and we are hopeful that the eastern states of Australia can continue to emulate this success over the summer holiday season. "

The occupancy rate at Treasure Island Holiday Park on the Gold Coast in Queensland saw an 11% increase compared to last year, climbing from 71% to 82%.

Northern Territory's Darwin FreeSpirit Resort had 10% more visitors in the school holidays this year compared to the same period in 2011.

FreeSpirit Management Group was formed in 2004 to assist corporate entities that invested in holiday parks but did not have the expertise to manage them, and has quickly emerged as a leader in the industry.