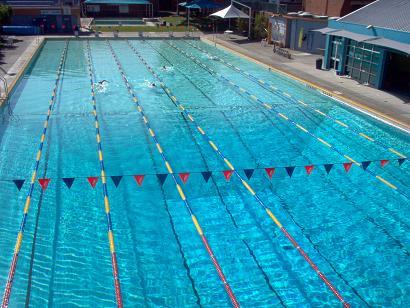 The new 50 metre outdoor pool at the City of Moreland's Brunswick Baths has been opened.

The opening marks the final phase in the $16.6 million redevelopment of the facility, the Council's largest infrastructure project.

Located in Melbourne's inner northern suburbs, the new eight lane outdoor pool is heated and will remain open all year round while the redevelopment has also seen the addition of an outdoor children's splashpad/water spray ground.

Redevelopment of the outdoor pool has been a lengthy project delayed when the pool floor was damaged by two heavy rainfall events and the discovery of contaminated soil on-site.

Commenting on the development, Moreland Mayor Oscar Yildiz stated "the Brunswick Baths is an iconic Moreland institution and the amount of work that has gone into maintaining its historic character while at the same time transforming it into a modern state-of-the-art facility is to be applauded."

He later explained that he had no regrets about his last-minute decision to jump in, which he said made the ribbon cutting less "boring".

The facility is managed by the YMCA Victoria.