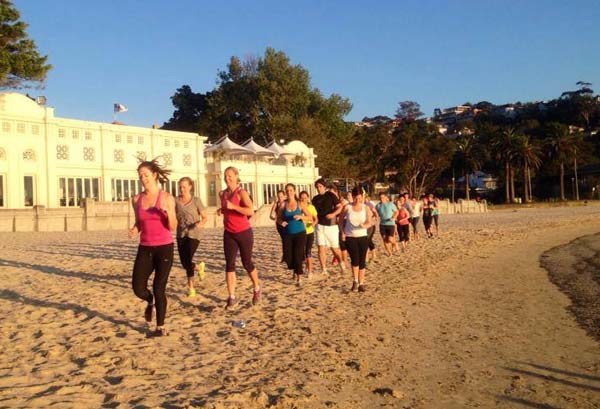 A series of recent studies suggest that exercising outdoors may deliver greater health benefits than trip to the gym.

The recent Scottish Health Survey polled nearly 2,000 active participants and found that outdoor physical activity had a 50% greater positive effect on mental health than going to the gym. The researchers, from Glasgow University, found that walking, running, biking and other outdoor activities through green space lowered stress.

Lead researcher Dr Richard Mitchell explained that while the results themselves aren't surprising, the extent to which outdoor exercise beats out indoor activity is.

"The message to doctors, planners and policy makers is that these places need protecting and promoting."

Another UK study, by the Peninsula College of Medicine and Dentistry in the west of England, undertook a research review of the physical benefits from taking exercise in the natural environment.

The research team, analysed data from a number of sources including 11 randomised and non-randomised control trials incorporating information from 833 adults.

Eligible trials were those that compared the effects of outdoor exercise initiatives with those conducted indoors and which reported at least one physical or mental well-being outcome in adults or children.

The study found that most trials showed an improvement in mental well-being: compared with exercising indoors, exercising in natural environments was associated with greater feelings of revitalisation, increased energy and positive engagement, together with decreases in tension, confusion, anger and depression. Participants also reported greater enjoyment and satisfaction with outdoor activity and stated that they were more likely to repeat the activity at a later date.

However, none of the identified studies measured the effects of physical activity on physical well-being, or the effect of natural environments on sticking to exercise.

The finding was seen as first step towards vindicating the positive effects of outdoor exercise program and innovative interventions by medical practitioners that include exercise outdoors as part of holistic treatments for those suffering from depression and similar psychological ailments.

Author Gretchen Reynolds wrote "you stride differently when running outdoors, for one thing.

"Studies find, people flex their ankles more when they run outside. They also, at least occasionally, run downhill, a movement that isn't easily done on a treadmill and that stresses muscles differently than running on flat or uphill terrain. Outdoor exercise tends, too, to be more strenuous than the indoor version. In studies comparing the exertion of running on a treadmill and the exertion of running outside, treadmill runners expended less energy to cover the same distance as those striding across the ground outside, primarily because indoor exercisers face no wind resistance or changes in terrain, no matter how subtle.

"The same dynamic has been shown to apply to cycling, where wind drag can result in much greater energy demands during 25 miles of outdoor cycling than the same distance on a stationary bike. That means if you have limited time and want to burn as many calories as possible, you should hit the road instead of the gym.