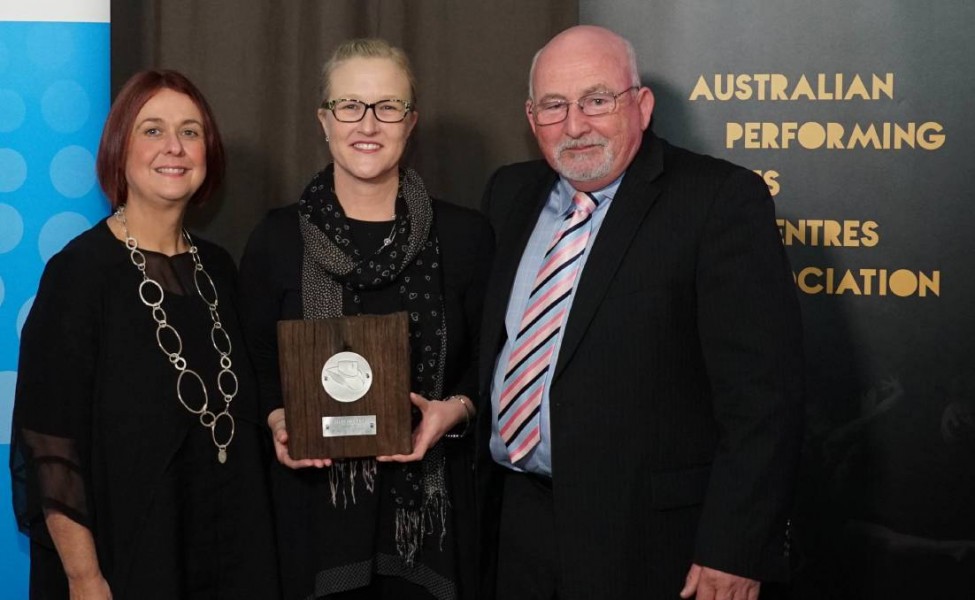 The Orange Civic Theatre has been named the best regional theatre in Australia by the Australian Performing Arts Centres Association (APACA).

The Orange venue took out APACA’s Drover Award at the close of the Association’s annual conference in Melbourne on Thursday night.

The theatre, operated by Orange City Council, was one of four finalists competing for the prestigious award, including Manning Entertainment Centre in Taree, Bendigo’s Capital Venues and the Cairns Civic Theatre.

Orange City Council’s Community Services Committee Chair Ron Gander said the honour was well deserved by the staff at the theatre, stating “the Drover Award is a leading, industry award, and it a big deal for the staff and recognition of all the hard work they do to attract and retain producers and audiences.”

The Drover Award for Performing Arts Centre of the Year recognises the achievements of outstanding presenting organisations in regional areas.

It is awarded to the theatre that works with producers to provide consistently outstanding production, marketing and management services and community engagement.

Orange Civic Theatre Performing Arts and Venues Manager Michelle Pearce said the theatre’s success at the award ceremony was down to all employees at the venue.

“Everyone works so hard and just gets in and does the job and they’ve all had a hand in this.”

The APACA conference also saw Pearce join the APACA board.