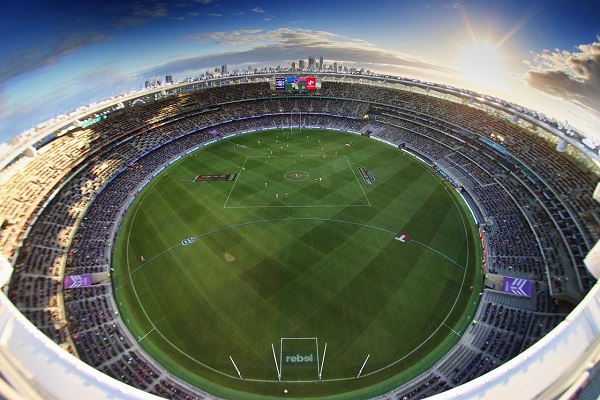 Perth's Optus Stadium will today welcome its 100th major event since its grand opening in January 2018, when the West Coast Eagles take on GWS Giants in the AFL Premiership.

To date more than 4.1 million fans have attended AFL, cricket, concerts and a host of one off sporting events at the state-of-the-art facility.

Following two AFL fixtures this weekend, it will take the attendance level to approximately 4,116,000 in just over two and half years of action.

From the venue's opening event on 28th January 2018, which attracted 53,781 fans to the final Gillette One-Day International between Australia and England, Optus Stadium has not only hosted major sporting and entertainment events but has also been the site for numerous smaller community focused events.

Concert events have included Ed Sheeran, who performed over two nights to 120,979 fans and Taylor Swift performing in front of 48,405 fans.

The last three AFL seasons have seen just over 2.5 million fans, with the stadium achieving a Western Australian AFL record attendance of 59,608 for the West Coast Eagles versus Melbourne AFL Preliminary Final in September 2018.

Optus Stadium has hit a number of big milestones, including welcoming its one millionth visitor after just five months.

The Stadium has also received 50 awards, notably being crowned the' Project of the Year' at The StadiumBusiness Awards in London and the 'Most Beautiful Sports Facility' in the World at the Prix Versailles 2019 international architecture awards.

Optus Stadium was built and designed with public transport in mind and regularly more than 70% of fans attending events travel to the stadium by bus or train.

Local businesses also benefit from major events held at Optus Stadium, with 85% of suppliers to Optus Stadium being Western Australian companies and businesses, which in turn creates important local jobs.

In another major boost for the economy, many fans from regional WA continue to travel to Perth for Optus Stadium events, staying overnight in hotels and enjoying local restaurants and bars, which has seen millions of dollars injected back into the local economy.

Commenting on the milestone, Western Austrlian Sport and Recreation Minister, Mick Murray stated "what an incredible milestone to have achieved - thanks to the delivery of world-class events at Australia's best stadium by thousands of fantastic staff members.

"The ability of Optus Stadium to host three major events in the same weekend, allowing the 100 event milestone to be achieved, would not be possible without WA's hard border and the collective efforts shown by all Western Australians in keeping our state safe during COVID-19."