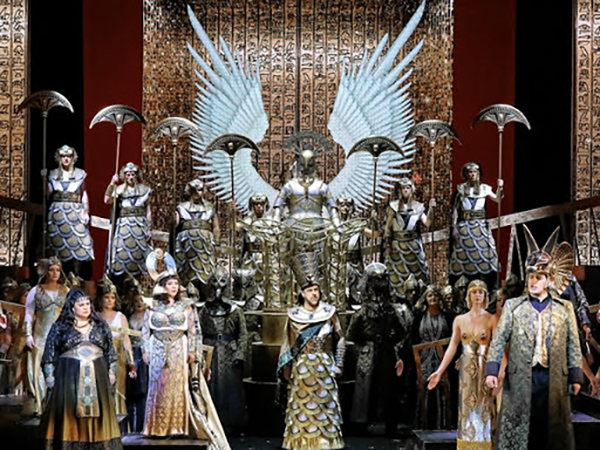 A case relating to the sacking of musicians by Opera Australia, the country’s most heavily subsidised performing arts company, is heading to Federal Court.

Impacting by the Coronavirus lockdown last year, Opera Australia looked to make a number of redundancies among its staff. However, as reported by Guardian Australia, at least 10 of the 16 musicians who lost their full-time jobs in the Opera Australia Orchestra took the company to the Fair Work Commission late last year, alleging their dismissal had been unfair or illegal.

None of the sacked employees was given the option of remaining on JobKeeper when the sackings took place last September.

Guardian Australia reported that Opera Australia settled with all but one of the musicians, agreeing to additional pay outs worth thousands of dollars on top of their redundancy entitlements, on the condition they signed confidentiality clauses.

The company is now preparing for a Federal Court battle with one of the musicians refusing to settle, who alleges that Opera Australia management has created a culture of “intimidation, bullying and antagonism”.

The musician alleges Opera Australia management told advised that the company was not prepared to continue to shoulder the administrative costs of the Federal Government-funded job-saving scheme.

The company, which receives about $26 million in Federal Government funding each year, now faces a legal battle, with the orchestra’s former oboist of more than 30 years’ standing, Mark Bruwel, refusing to accept the confidential settlement and taking his case to the federal court.

Bruwel was the union delegate of the Media Entertainment and Arts Alliance (MEAA) in the orchestra for 15 years.

In an application to the Federal Court seen by the Guardian, Bruwel’s lawyers allege that “over a lengthy period of time, senior (Opera Australia) management … engaged in a pattern of behaviour to create a culture of intimidation, bullying and antagonism towards MEAA elected officials and members”.

When Bruwel was informed he was being made redundant, he was told the decision had been based on his “skills, experience and attributes”, according to documents tendered to the Court.

However, Opera Australia management at no point advised what those relevant skills, experience and attributes were, the court application claims.

The application goes on to state “the applicant asserts that the respondent has used the coronavirus pandemic as an excuse to make employees redundant allegedly as a cost-saving measure, despite the fact that all employees were receiving JobKeeper.

“The applicant asserts that the respondent took advantage of its alleged need to reduce the overall size of the workforce with its desire to rid the company of figures that it saw as key MEAA activists, including the applicant.”

In a statement sent to the Guardian, the company’s publicist said Opera Australia would not comment on confidential matters involving current or former personnel.

The statement advised “Opera Australia’s ongoing viability has been dealt a considerable blow by the ongoing COVID-19 crisis that will continue to impact the company for the foreseeable future.

“Decisions regarding these redundancies were solely based on the positions required by Opera Australia into the future in responding to the crisis. They were very difficult decisions for all involved and certainly not made lightly nor on any other basis.”

It added that Opera Australia “respected and supported” employees’ rights to union membership.

The announcement by Opera Australia in September that it would shed 25% of its workforce across all technical, creative and administrative operations due to the pandemic resulted in the loss of 32 full-time jobs including the 16 musicians, which effectively reduced the size of the orchestra by a third.

Lawyers acting for Bruwel will allege in court that 64% of those employees made redundant are current or former elected MEAA officials.

The case that will be heard in the Federal Court in Sydney on 28th January.