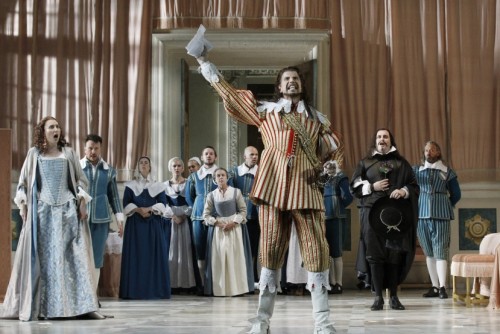 After a sell-out premiere and tour in 2016, Opera Australia’s production of Mozart’s The Marriage of Figaro has commenced a tour of regional Australia, undertaking 19 performances across 15 regional centres in Victoria, Queensland, Northern Territory and Western Australia.

Launched at the Geelong Performing Arts Centre on 8th July, performances are in English and are backed by a live chamber orchestra.

Aiming the captivate audiences outside of metropolitan areas, Opera Australia offers, younger residents the chance to become part of the cast.

Part of Opera Australia’s community engagement program, the tour provides hundreds of children the chance to be trained and perform with the third-busiest opera company in the world through the Regional Children’s Chorus program. Local children will learn to sing music from The Marriage of Figaro ahead of the opera arriving in their town. They’ll then rehearse with the artists, and join them on stage in costume as part of the performance.

The cast of The Marriage of Figaro includes some of Opera Australia’s finest principal artists plus a live touring chamber orchestra under the baton of conductor Simon Kenway. The local Children’s Chorus in each centre will be under the direction of Opera Australia’s Regional Chorus Master Josh van Konkelenberg, supported by local choir leaders.

Director Michael Gow and Set and Costume Designer Robert Kemp give Mozart’s comedic masterpiece a makeover and retell the hilarious account of one household’s adventures over a single day of madness. The award-winning ingenious duo created this production with stunning period costumes and a clever set, which will be transported by truck across Australia to each venue.

Kemp explains “when you add fantastic music by Mozart, some incredible singing, a small orchestra that’s producing the most amazing sound and have something that’s actually good to look at, I think it’s like a creative explosion.” 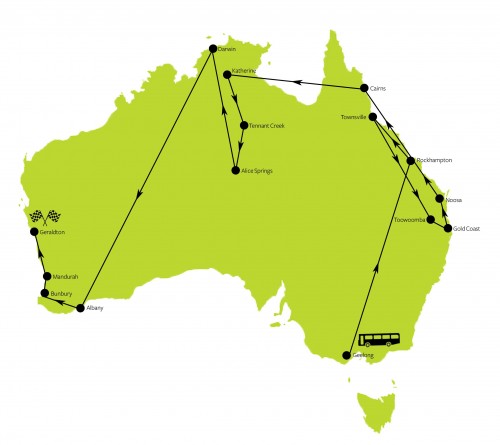 Opera Australia’s Artistic Director, Lyndon Terracini, is on a mission to introduce opera to new audiences, and he believes it’s vital to reinvent productions regularly to make them contemporary and engaging for different kinds of settings, adding “the Marriage of Figaro is a great opera to tour and with this incredible Australian creative team, this will be a show regional audiences won’t want to miss. Michael Gow and Robert Kemp are masters of storytelling, and they have created a version of The Marriage of Figaro that will be unforgettable.”

Images: The Marriage of Figaro, courtesy of Opera Australia (top) and the locations where the performance will be held (below).