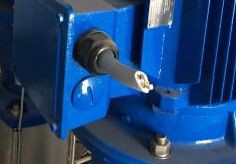 Continuous acts of vandalism at the Greater Shepparton Sports Precinct are not only adding to the financial cost of the project but are now endangering the lives of the community.

With the past weekend having seen live electrical power leads cut at the facility, Greater Shepparton City Council is encouraging the community to assist it and the Police and report any suspicious activity at the facility.

The Council is also set to implement a number of security methods to assist Police in catching the vandals that will include the installation of CCTV.

Speaking after incidents of vandalism last year Shepparton Mayor Dinny Adem said he was appalled and bitterly disappointed by the destruction caused by attacks.

He told the ABC “it's amazing to me how this could happen.

The toilets at the seasonal pool were damaged by a deliberately lit fire which has caused at least $2,500 worth of damage.

Council Director of Community Kaye Thomson stated “by the time we get the change rooms cleaned up, repainted and then get a new toilet and plumbing completed the damage bill will be over $2,500. Depending on how much smoke damage we end up with, this estimate may rise.

“This dangerous act of damaging property could have resulted in people being injured. It also ends up costing Council and community financially. The only fortunate thing is that the pools season finished up last Sunday 19 March so this incident will not affect the users of the pool.

“However even so this is still a major interruption as the summer pool staff have finished for the season and we need to allocate limited resources to follow up on incidents like this.”