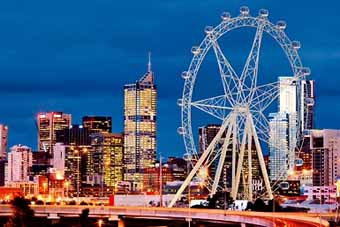 The operators of the Melbourne Star observation wheel have announced that it will close permanently as a result of the numerous lockdowns in Victoria and travel restrictions which made the business untenable.

Oowners MB Star Properties have announced "the giant observation wheel has been a part of the city’s skyline for more than 15 years, during which time it has welcomed more than 300,000 visitors every year, with international and interstate tourists making up 45% of the business.

“Unfortunately, the global COVID-19 pandemic and subsequent travel restrictions and sustained shutdowns, adding to pre-existing challenges of operating amid increased high-rise development and changes in the Docklands area, has made it impossible to sustain the business.

“The directors of the wheel are absolutely committed to doing the right thing by our dedicated team and have made arrangements to ensure all our employees will be paid their full entitlements.”

The Melbourne Star launched in 2008 but closed a month later to rectify structural defects and did not reopen again until 2013.

Liquidators Grant Thornton will now decide whether to sell the observation wheel or dismantle it.