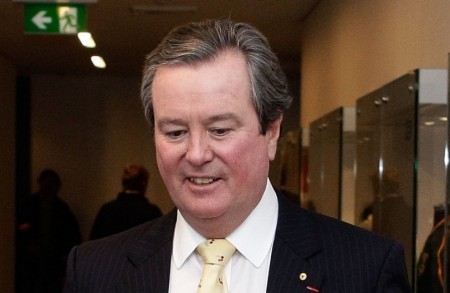 O'Neill, who has led the ARU for a collective 14 years, made the announcement at a Sydney press conference this morning (12th October)

O'Neill held the position from 1995 to 2003, overseeing a golden period of Australian rugby which culminated in the Wallabies' 1999 World Cup win, before hosting the showpiece event in 2003.

The ARU forced O'Neill out in 2004, but reappointed him in 2007 after a stint with the Football Fedaration of Australia.

O'Neill's second term with the ARU saw the appointment of Robbie Deans as coach, who guided the Wallabies to a Tri-Nations title in 2011, before losing to New Zealand in the 2011 Rugby World Cup semi-final.

O'Neill is now expected to focus his attention on his casino interests as Chairman of Echo Entertainment Group, which operates four hotel and casino complexes, The Star in Sydney, Jupiters Hotel and Casino on the Gold Coast, Treasury Casino and Hotel in Brisbane and Jupiters Townsville.

ARU Deputy Chief Executive Matt Carroll will act as caretaker while a global search is conducted for O'Neill's successor.