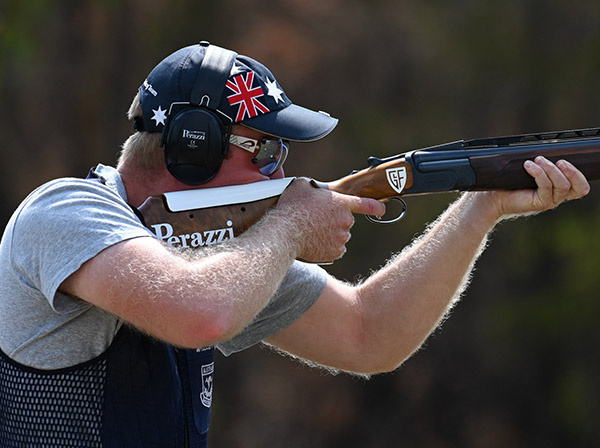 The trap range is situated on the family farm in Mulwala, 100 kilometres west of Albury, just inside the NSW border with most of the building work having been done by Willett and his father, Arthur Willett.

The Willetts commenced building the 20 metre long trap range last November to assist James prepare for the Tokyo Olympics. Inside the two-metre high concrete bunker are 15 clay target machines which fire off targets in random directions. The project was completed in March 2020 just prior to the COVID-19 health alert and global lockdowns.

COVID-19 restrictions and lockdowns saw the postponement of the 2020 Tokyo Olympic Games and along with it – the frustrations for Olympic shooting athletes who must wait until 2021 before they can walk into the Athletes Village.

For most, they can’t fire a shot instead relying on practice dry firing or using SKATT laser machines while holed up at home. However, Willett can simply walk out the back door, load his shotgun, call ‘pull’ and blaze away as the clay targets spin across the skyline.

With Melbourne a three hour drive away and Sydney six and a half, the trap range became necessary for Willett as he pursues his dream of an Olympic gold medal.

Willett notes “I’m very lucky to have the range on the farm and being able to shoot at the moment. I never thought it would have paid off for this reason.”

With the Shelford Shooting trap range now open for public and corporate bookings, it offers basic Clay Target Shooting packages to the more ‘loaded’ experiences.* There are different options available to suit any specific needs. All of the shooting activities have the thrill and entertainment of clay target shooting with the actual shotguns and ammunition used by Willett. A variety of different targets are thrown throughout the session ensuring all skill levels are catered for. All participants are given personalised coaching and instruction for the safe use of firearms and correct technique to make the most out of the event. Once everyone has completed the practice session, the groups are divided up into ‘teams’ and a competition is conducted and scored. 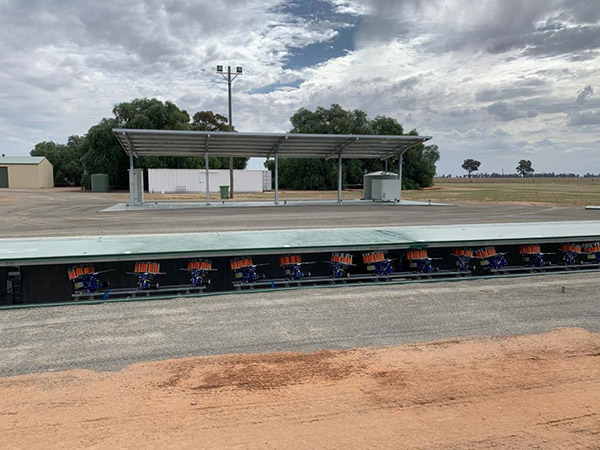 Willett arrived in Rio as the world’s top ranked double trap athlete after winning the World Cup final in Rome months earlier, but the Olympics didn’t go quite to plan.

A medal, possibly gold, was in his sights after he and Andreas Low of Germany both set an Olympic qualifying record hitting 140 from a possible 150 targets. With the top six athletes progressing to the semi-finals, Low was the first athlete eliminated and then Willett lost a three-man shoot-off for the bronze medal against Steven Scott and Tim Kneale, both from Great Britain.

While disappointed, Willett put it down as part of the steep learning curve and vowed to be back. He also knew time was on his side. The gold medal winner, Kuwaiti Fehaid Aldeehani, who was competing as an independent Olympic athlete after Kuwait was banned from the Games, was 49 years of age. Willett was only 20.

After Rio, double trap was removed from the Tokyo shooting competition schedule and Willett was forced to change to trap. While he was amid the change-over, Willett competed at the 2018 Gold Coast Commonwealth Games finishing sixth.

2019 proved to be another great year for Willett. At the World Cup meet in Acapulco, Willett equalled the world record when shooting a perfect qualifying score of 125 from 125 targets. Two-time Australian Olympic gold medallist, Michael Diamond, is the only other Australian shooter to have completed the perfect score in 2012.

Willett adds “It was very satisfying. It’s not something I thought I could achieve straight away. It came quicker than I thought. Getting through that last shot was a great moment and I will never forget that.” 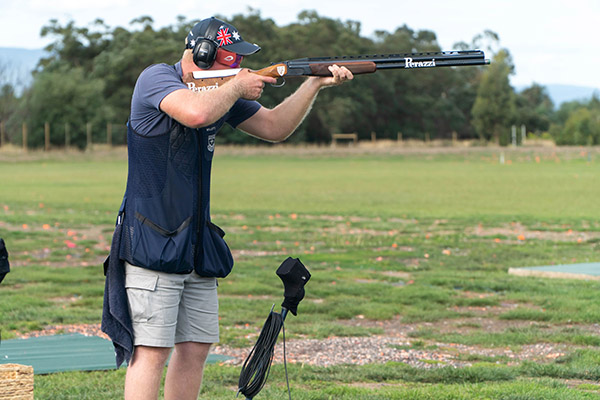 In Tokyo next year, Willett will again enter the trap competition as one of the medal favourites, but this time there will be another shot at a medal with the introduction of the Mixed Trap Pairs.

“Going into the Olympics with two medal opportunities is different to what I had in Rio,” he said. “The ultimate goal is to win the Olympic Games.”

While Tokyo will be his second Olympic Games, Willett has no intention of it being his last enthusing “I want to be involved in the sport for a long period of time. It’s something that I enjoy. I can see myself staying in the sport for many (Olympic) cycles and to make as many teams as I can.”

*Please note all participants in the Clay Target Shooting packages must be at least 12 years of age and at Shelford Shooting participants are not required to have a firearms licence however they need to be approved on the day by the range officer after completing a NSW police force- firearms registry declaration (P650) form.

With thanks to Greg Campbell

For more information go to https://jameswillett.com.au/shelford-shooting/