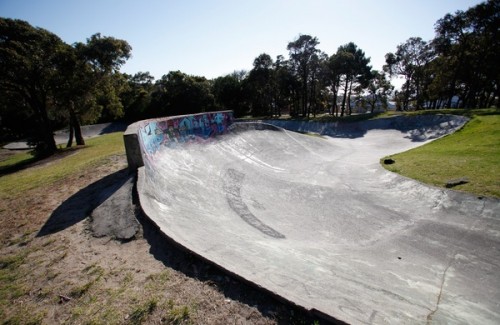 The Albany Snake Run Skateboard Park, Australia's oldest purpose-built skate park, and the second oldest in the world, has been State heritage listed by the Western Australian Government.

Western Australian Heritage Minister Albert Jacob made the announcement on the eve of the skate park's 40th anniversary celebrations over the weekend.

Minister Jacob stated “this 140 metre-long concrete track is not only highly valued by the people of Albany but by skaters internationally as a prototype that influenced early skate park designs in the USA," Mr Jacob said.

The Minister said the genesis for the skate park came from Albany high school students who raised $3,000 in three months to build the skate park in 1976.

He explained “so impressed with the enthusiasm of the students, the then Albany council donated $10,000 and the land. As such, it is thought to be the world's first community-built skate park.

"From these humble beginnings, the 'snake run' rose to international prominence when the then world skateboard champion Russ Howell described it as 'the best track I've ever seen'. The skate park went on to host Australia's first National Skateboard Championship in 1979."

Minister Jacob said of the nearly 500 skate parks built around the world during the 1970s, only 30 still existed today, commenting “for skaters around the world, the Albany skate park tells an important story about the history of their sport, which grew to become a global phenomenon and is still as popular as ever today.

"In recognition of its significance, the State Government is the first in Australia to heritage list a skate park, making Albany only the third skate park to be heritage-listed in the world."

The City of Albany, in partnership with the Perth International Arts Festival 2016 Great Southern program, hosted a free community event, including skating performances and demonstrations, at the skate park on Saturday (13th February).

Click here for more information on the skate park.

Click here for more information on the anniversary celebration.