Older Australians healthier and more active but struggling with fitness 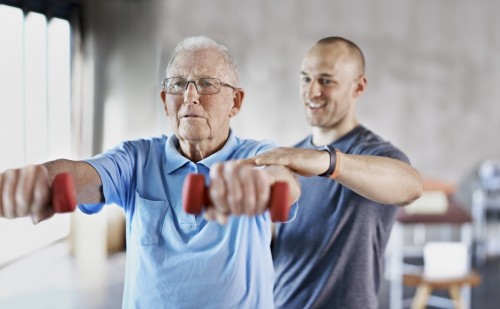 Older Australians are generally healthier and more active than their peers more than 25 years ago, but their level of fitness has decreased, new research has found.

The health and fitness of more than 100 people aged between 60 and 70 was examined by researchers from Flinders University in Adelaide, replicating a study conducted in 1991.

They were also asked to detail their fitness regimes.

Commenting on the findings, researcher Dr Lucy Lewis told the ABC “as we all know, Australians are getting older, we've got an ageing population, so it's really important for us to try and work out the trends in health and fitness over time.

"We were really interested in the comparison between that 1991 study and now 2017 to have a look and see what was happening."

When compared with the results from 1991, people aged between 60 and 70 are overall taller and heavier, and their BMI remains in the overweight category.

Dr Lewis said their health was generally better, adding "older adults in our study had lower blood pressure and lower total cholesterol levels than the people in 1991.”

Results showed people in the age group were engaging in more physical activity than in 1991.

However, despite that their actual level of fitness had decreased.

Dr Lewis concluded "Australians are now perhaps more sedentary than ever, and they're also spending increasing amounts of time sitting during the day, so inactivity such as watching television, sitting at a desk or using a computer.

"That could perhaps go some way to explaining why people in our study were actually participating in more physical activity but had lower fitness."