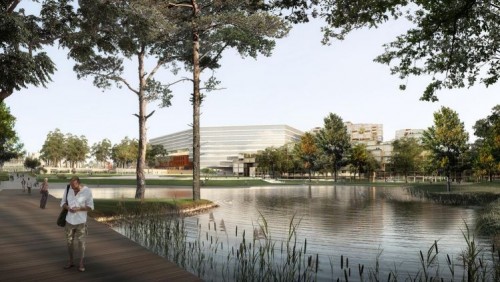 After years of speculation, the South Australian Government has revealed its plans for the redevelopment of the old Royal Adelaide Hospital (RAH) that include new tourism, cultural and residential precincts and plans to return a third of the hospital's seven-hectare site in the city's east end to the Adelaide Botanic Garden.

Some buildings, including the hospital’s East Wing, will be demolished but heritage structures will be retained and reused for a culture and tourism precinct, which will include a new five-star hotel, a North Terrace plaza, laneways and a European-style piazza.

The plan also allows for an open plaza and for a new entrance for the Adelaide Botanic Garden along with increasing the size of the garden’s lake, to double as stormwater retention from the site.

The South Australian Government has plans for four quarters the site – the Garden Quarter, University and Innovation Quarter, Culture and Tourism Quarter and Living Quarter.

The Garden Quarter will take up almost a third of the seven-hectare site and will be given over to the Adelaide Botanic Garden.

The area will feature an enlarged ornamental lake while a a $250 million contemporary art gallery, and a nearby underground concert hall, have been proposed for this area. 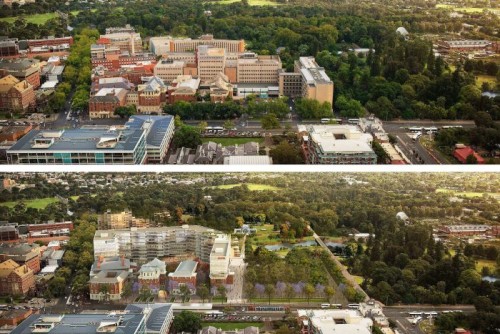 The University and Innovation Quarter will contain a research campus linking the education sector with technology leaders, start-ups, businesses, entrepreneurs and social organisations. The University of Adelaide and The University of South Australia have already expressed interest in utilising the quarter for a number of initiatives, including business development and environmental research.

The Culture and Tourism Quarter will reuse heritage-listed buildings on North Terrace. A new 5-star hotel is also envisaged as part of the project, along with new public spaces.

The Living Quarter will feature approximately 1080 apartments, including 150 “affordable student dwellings” and 60 supported residential care dwellings. The residential building could be up to 17-storeys high and will be designed to cater for all generations, including a mix of leasehold apartments, shared student accommodation and a state-of-the-art aged care facility.

With businesses on nearby Rundle Street concerned about reduced cafe and restaurant trade when the hospital closes ahead of the new RAH opening in the city's west end in 2017, South Australian Premier Jay Weatherill said the development would draw people into the east end and breathe new life into the district. 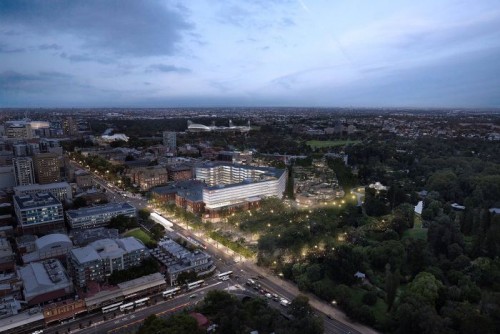 Explaining that, once complete, more than 9,300 people would work, visit or live in the precinct every day, Premier Weatherill stated “we believe the proposal provided by the preferred proponent meets all of the expectations of the community and we look forward to revealing all of the details.”

Minister Mulligan explained “that requires people to work there during the day but we also want people visiting there into the weekends and into the evenings and having a hotel facility.

"Having the opportunity for people to live on site will make sure the site is busy 24 hours a day, seven days a week."

The South Australian Government hopes to start work on the $1 billion development as soon as the RAH is vacated with the full development expected to take 15 years.

Images (from top): The Adelaide Botanic Garden lake will be doubled in size for stormwater retention as part of the development's garden quarter; a before and after artist impression of the Royal Adelaide Hospital site; and the new development by night. (Images courtesy of the South Australian Government)