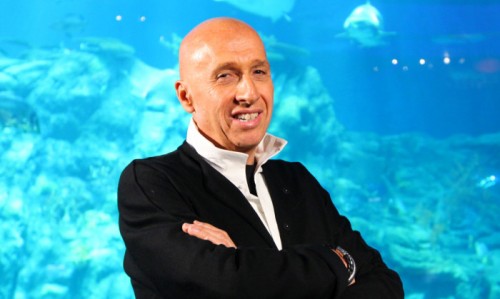 Hong Kong attraction Ocean Park has announced record-setting results for the 2012/13 fiscal year, having attracted 7.7 million guests in the fiscal year that ended on 30th June 2013.

With the end of June 2013 also marking the official conclusion of Ocean Park's six-year Master Redevelopment Plan (MRP), the year not only saw new attendance records but also record EBITDA and revenue, along with numerous awards recognising the attraction as the world's best theme park.

Ocean Park's 7.7 million guests, up 9% from the previous year, experienced the full glory of the 'new Ocean Park' experience, resulting in a 19% increase in revenue to HK$1.9 billion and 25% increase in EBITDA to HK$630 million, while net surplus finished at HK$127.2 million. The 2012/13 fiscal year was also marked by the launch of a new round of development projects, which will create thousands of new employment positions and billions in economic benefits to Hong Kong, as well as complement the completion of the MTR South Island Line in boosting the southern district's tourism appeal.

Welcoming the results, Ocean Park Chairman Dr. Allan Zeman (pictured) stated "we are very happy to have completed the MRP in 2012 as planned. The redevelopment quadrupled our staff size and enabled us to make a significant contribution to the local tourism industry, including bringing to Hong Kong Asia's first-ever 'Applause Award', the most prestigious international accolade in the theme park industry.

"Our success made it possible for us to donate a record high of HK$13.7 million for conservation and produce a new high of HK$150 million in benefit to the community through our social care programmes during 2012/13.

"With this being the first year of the implementation of our Carbon Footprint Strategy, we are delighted to have made good progress towards our long-term targets by recording a total carbon emission of 55,487 tons, a 2.5% year-on-year reduction.

"The MRP completion also paved the way for the launch of a new round of major development projects, including Ocean Hotel and Water World. The 495-room Ocean Hotel is expected to create 3,500 new employment positions during the construction phase and about 500 permanent hospitality positions when completed.

"The Water World project is projected to create about 2,900 employment positions by 2018 and produce a contribution of HK$18 billion to Hong Kong's GDP between 2014 and 2018. The new projects will position us well to benefit from opportunities offered by the evolving guest mix, which has begun shifting away from a focus on budget tours to frequent independent travellers (FITs) and local guests. When completed, the new year-round Water World will help extend the duration of guest visitation to multiple days, thereby elevating the appeal of Ocean Park as a destination resort beyond the region to the entire world. Given the popularity of water play among Hong Kong people, the new Water World will also help strengthen local attendance."

Ocean Park also took the lead among theme parks worldwide by officially implementing its Carbon Footprint Strategy during the 2012/13 fiscal year. The Strategy mandates annual carbon audits and targets to reduce the Park's absolute carbon emissions by 10% and carbon intensity by 25% over the next ten years, using 2011/12 as the base year. Committed to managing its impact on the environment, Ocean Park was able to achieve good progress towards its 10-year carbon reduction target. On an absolute basis, the Park recorded a carbon emission of 55,487 tons for 2012/13, which represented a reduction of 2.5% compared to 2011/12; while carbon intensity was 7.2 tonnes per 1000 visitors, which is 11.2% less than the base year.

For more information go to www.oceanpark.com.hk/doc/common/footer/ar/ophk_ar12-13.pdf