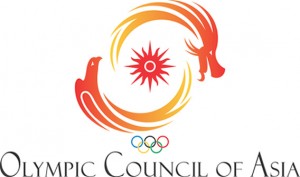 The Olympic Council of Asia (OCA) has ratified the Chinese city of Hangzhou as host of the 2022 Asian Games, while Randhir Singh has stepped down as its Secretary General.

Hangzhou was standing as the sole candidate city for the event, with the host contract now signed

Hangzhou’s hosting following the Asian Games being hosted by Beijing in 1990 and Guangzhou in 2010 while 2022 will also see Beijing stage the winter Olympic Games.

Held last year in the Korean city of Incheon, the next edition of the Games will take place in 2018 in the Indonesian capital of Jakarta.

Originally scheduled to be held in Hanoi, Vietnam in 2019, the Games were moved to Jakarta after the Vietnamese capital withdrew due to financial reasons and were brought forward a year to avoid clashes with Indonesia’s planned national elections.

Commenting on Hangzhou’s hosting of the Games, OCA President Sheikh Ahmad al-Fahad al-Sabah told the Associated Press news agency “I know it's the only candidate, but also it has achieved a lot of our goals.”

Hangzhou Mayor Zhong Hongming added “the Asian Games will play a very big role in the development of the city. We promise that the Games will be hosted at the highest level.”

Meanwhile Singh will not be replaced as Secretary General of the OCA. The Indian announced his intention to step down at the OCA’s executive board meeting before the general assembly.

He will now serve as the body’s honorary life Vice-President, having served for 24 years.