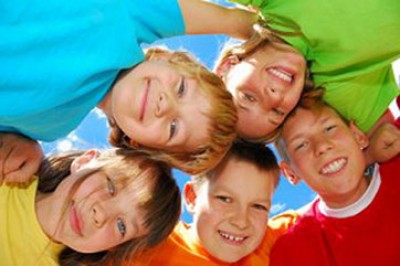 The Active After-School Communities (AASC) program has been criticised by obesity experts.

Critics of the program, run by the Australian Sports Commission and funded at a cost of more than $200 million, have suggested that the children who take part are doing barely more exercise overall than non-participants.

The program was set up by the Howard Government at a cost of $90 million over four years, and was expanded by the Rudd government, which allocated it a further $120 million in the 2007 budget. A Federal Parliamentary inquiry in May backed the scheme and recommended it be expanded.

However, University of Melbourne obesity expert Professor Joe Proietto said it appeared children involved in the AASC were compensating for their increased activity by being more sedentary than other children for the other parts of the day. Professor Proietto also indicated that there was also minimal difference in the children's body mass indexes.

By contrast, Professor Proietto highlighted that patients had to wait two years to see him in one of the few public hospital obesity clinics, and a further two years to see a surgeon if he decided obesity surgery was their best option. Professor Proietto continued that even after patients made it to the surgeon's rooms, they faced a further three years' wait until they could have their operation in the public system.

"There's now evidence that the Active After-School Communities Program . . . has done absolutely nothing to stop obesity in children," Professor Proietto told a recent seminar organised by the Australasian Society of Clinical and Experimental Pharmacologists and Toxicologists.

"We must always check out what we do in terms of prevention. Getting kids to do school exercise doesn't work. If we are going to keep on ignoring the science we will be going down dead-ends continuously."

The article's abstract suggested that "although the program has intuitive appeal, it was not cost-effective under base-case modeling assumptions. To improve its cost-effectiveness credentials as an obesity prevention measure, a reduction in costs needs to be coupled with increases in the number of participating children and the amount of physical activity undertaken."

A spokeswoman for the Federal Health Department said the Australian Sports Commission did not agree that the AASC program was not cost-effective.

"The AASC program is not intended to exclusively reduce obesity or overweight in children," the spokesperson said, adding that the program "not only seeks to encourage traditionally inactive primary-school-aged children to participate in structured physical activity and sport, but also has a strong focus on local community involvement, and is intended to enhance community capacity to deliver high-quality, structured physical activity and sport programs for children."

One of the recommendations in the recently published Crawford Report into sport funding and governance was for the Active After Schools communities program to be contracted out to private sector operators in the future.