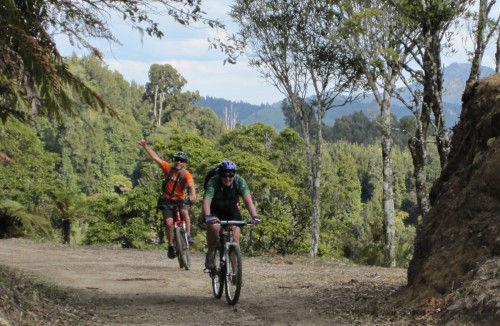 The New Zealand Recreation Association (NZRA) has expressed support for the National Tourism Levy proposed in the McKinsey Tourism Infrastructure Study released last week and commends its focus on infrastructure that is used by both locals and tourists.

NZRA Chief Executive Andrew Leslie also highlighted the extent to which the tourism boom had placed pressure on recreational infrastructure and access.

Leslie explained “it has been great to see an increase in visitors to New Zealand, in many ways, the tourism boom has enhanced recreation in New Zealand.

"However, the report correctly identifies that there have been associated costs and pressure points that need to be addressed.

"At the national level, the Department of Conservation has, almost by default, borne the burden. Funding for DoC has not been adequate to cope with the pressures placed upon their carparking, wastewater and recreational infrastructure," he said.

"This has forced the department to make some very tough decisions between catering for international visitors and their core roles of conservation and fostering recreation," he said.

"Our hope is that when funding for infrastructure is allocated, it is kept in mind that a huge proportion of international visitors come to connect with our natural places on land managed by the Department of Conservation.

"On a local level, the most popular areas for international tourists have the least number of ratepayers. That places an extraordinary burden on the local councils in those areas, who are struggling to maintain their walking trails and cycleways - let alone build more.

"Expenditure on recreational infrastructure such as walking trails and cycleways, is not just a coping mechanism for the tourism boom. It also enhances the lives of New Zealanders by way of the numerous social, economic and health benefits of outdoor recreation.”