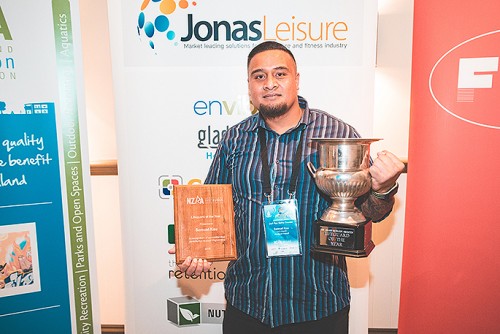 The New Zealand Recreation Association (NZRA) has announced details of its 2017 aquatic industry awards, inviting nominations in three categories: Lifeguard of the Year, New Zealand National Lifeguard Team of the Year and the Aquatic Innovation Award.

Aimed at encouraging development and recognition within the industry, the 2017 Awards will be presented at the NZRA’s JAWS event from 9th to 11th August in Christchurch.

The nominee must be a current and employed lifeguard to be eligible for consideration of this award. The facility where the lifeguard is employed must have current PoolSafe accreditation.

The core judging panel consists of five judges. Decisions are final and no correspondence will be entered into.
2016 winner: Samuel Kau

The 2016 New Zealand National Lifeguard Lifeguard Sports competition was held at Freyberg Pool and Leisure Centre in Wellington on 10th August. The Wellington region, represented by the regional champion team 'Tawa Titans' won the competition for the second year running.

The Aquatic Innovation Award’s judging panel will include high-profile industry leaders. This is your chance to prove that your company are worthy of competing on both the national and the international stage.

For more information on the Awards and for nomination details go to www.nzrecreation.org.nz/Site/quality/awards/aquatics-awards.aspx

Click here for details of the JAWS event in the Australasian Leisure Management industry Calendar.