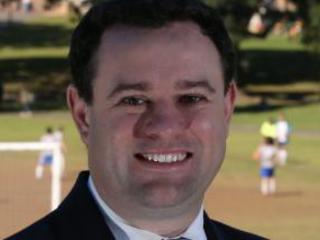 The recent appointment of Stuart Ayres as NSW Minister for Trade, Tourism and Major Events, in addition to his role as Minister for Sport and Recreation, in the new NSW Government has been welcomed by the Tourism & Transport Forum (TTF).

The pro-development lobby grouip has also welcomed the appointment of Andrew Constance as Minister for Transport and Infrastructure.

TTF Chief Executive Margy Osmond said that the appointment of experienced and senior ministers bodes well for these two areas of such importance to the economy of NSW.

Osmond stated “the Baird government committed to a major boost to tourism during the state election which will set a new benchmark for states and territories around Australia.

“The 25% increase in funding for Destination NSW promised by the Premier will mean that NSW is better placed to market the state in major markets like Asia and expand NSW’s events program, which is an important demand driver for domestic and international visitors.

“It will put NSW at the front of the pack across Australia in attracting tourists and we look forward to working with Minister Ayres to deliver this commitment to Destination NSW.”

Other Ministers having responsibility for leisure portfolios include:

In relation to Deputy Premier Grant’s appointment as Arts Minister, Osmond added “we are also pleased that a minister as senior as the Deputy Premier will retain responsibility for the arts.

“Sydney’s cultural offering is an important reason for visitors to come to NSW and the government’s commitment to projects like upgrading the world-renowned Opera House and expanding the Walsh Bay arts precinct will add to what the state has to offer.”

NSW Premier Mike Baird has outlined an ambitious agenda for the arts, sport, tourism and venues prior to and during the NSW State election.