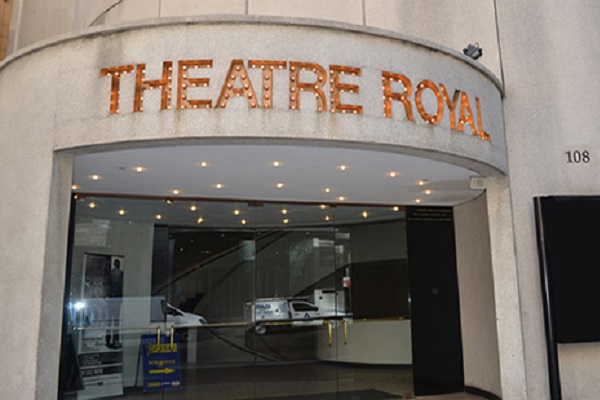 Sydney’s abandoned Theatre Royal which, after years of neglect has been the focus of campaigns for its reopening, has reportedly been subleased to a commercial operator who will refurbish the venue.

With Melbourne’s Regent Theatre this week confirmed as the host of Moulin Rouge! The Musical as of 2021, the announcement by NSW Minister for Tourism Stuart Ayres today appears to be aimed at dispelling fears that Sydney’s limited theatre capacity will see it missing out on more theatre shows.

Advising that abandoned Theatre Royal will be up and running within two years, along with plans for a new theatre as part of the redevelopment of the Powerhouse Museum in Ultimo.

Minister Ayres told The Daily Telegraph “since March 2011, the NSW Government has invested in 29 musicals and theatre productions.

“This includes the ­recently announced Australian premiere of the world’s most talked about and sought after musical, Hamilton, which is expected to drive a direct visitor spend of approximately $84.4 million.

“This year, the NSW Government also announced its decision to negotiate a 45-year lease with the owners of the Theatre Royal - Sydney’s oldest theatrical institution.”

Located on Sydney’s King Street, the Theatre Royal has been sitting empty and abandoned for three years to the disgust of theatre enthusiasts.

The NSW Government signed a 45-year lease in June and Minister Ayres confirmed the 1100-seat theatre will be subleased to a commercial operator.

The Daily Telegraph reported that the theatre will then undergo a refurbishment that will be complete in 2021 with the intention that it will then be a prime candidate for securing large scale theatre premieres, such as Moulin Rouge and Harry Potter and the Cursed Child, which Sydney also lost out on earlier this year.

Meanwhile, the NSW Government is also investigating options to develop a creative industries hub on the site of the Powerhouse Museum including plans for a 1500-seat Broadway-style theatre.