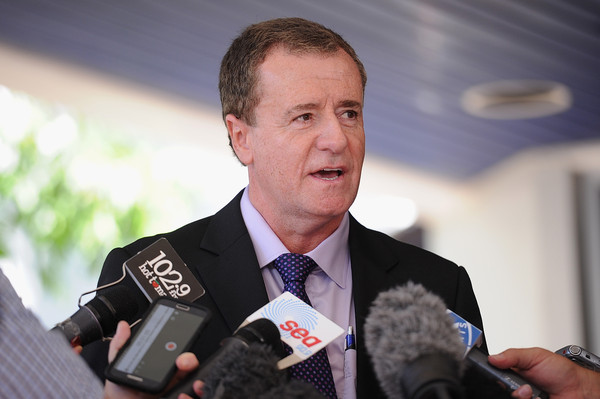 NSW Minister for Sport Minister Graham Annesley has announced that he is stepping down from his Ministerial role and the NSW Parliament to become the new Chief Executive of the Gold Coast Titans.

Announcing his resignation, an emotional Annesley told the NSW Parliament there were many aspects of politics he did not care for and he has always felt more at home as a sports administrator.

The outgoing Minister stated "I believe I've been a good minister, but equally I'm only too happy to admit I don't believe myself to be a very good politician."

He said he was sorry for letting NSW Premier Barry O'Farrell, his colleagues and constituents down by leaving halfway through a term and sparking a by-election in his seat of Miranda, adding "I obviously acknowledge the magnitude of my decision and accept I'm letting a lot of people down."

Premier O'Farrell said there was no need to apologise, stating "I couldn't have asked for a better sports minister.

"Obviously I am disappointed that we're losing him, not only as a colleague, a friend and a Member of Parliament, but as someone who through his portfolio was making a real difference to this state."

Annesley, a former rugby league referee, was given his portfolio immediately after being elected as the MP for Miranda when the Coalition won the 2011 NSW election.

He will take up his new role at the Titans NRL club, replacing former Chief Executive David May, from next month.