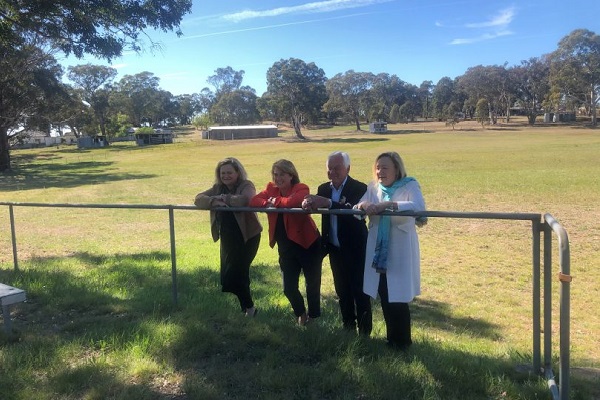 Almost 30 showgrounds across NSW are getting safety upgrades thanks to a $35 million funding pool from the NSW Government after an extra $25 million was announced as part of the state government’s economic stimulus package.

Jerrawa Showground and Rye Park Showground, both near Yass, have received funding through the NSW Government’s showground stimulus funding program as part of the $9.2 million in works already underway across the state.

The storage shed at Jerrawa Showground is being repaired and old structures will be removed, while Rye Park will receive a new awning for its tennis court shelter, as well as fire safety upgrades to its main hall.

Advising that the improvements would allow the showgrounds to become safer and more vibrant places that can help boost local economies by providing work in the region, NSW Member for Goulburn Wendy Tuckerman stated “showgrounds are the heart and soul of our regional communities, bringing people together and connecting residents from far and wide, whether [they are] from the city or from farms across the district.

“They are important community hubs, particularly in regional towns, and we want to ensure they are kept safe and functional.”

Tumbarumba Showground in the Snowy Valleys has also received $1 million in funding from the NSW Government’s Major Projects Infrastructure Fund to undergo a major refurbishment.

NSW Minister for Water, Property and Housing Melinda Pavey said the upgrades would have a perennial benefit for regional NSW by providing functional spaces for locals in towns such as Jerrawa and Rye Park.

“This extra $25 million investment will provide a much needed boost for communities and their economies by supporting tradespeople with work and strengthening more showground infrastructure for the future.”