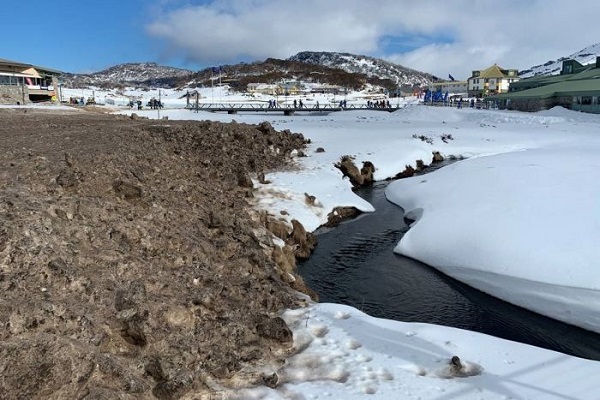 The NSW Government’s Department of Planning, Industry and Environment has been convicted for polluting a waterway that runs through the Perisher ski resort in the Snowy Mountains.

As reported by ABC South East NSW, the plant, which services Perisher Valley, Smiggins Holes and Guthega, released 4.4 kilograms of aluminium into the waterway last April, according to a ruling last week by the NSW Land and Environment Court.

It caused aluminium levels to rise to a level known to cause toxicity to a range of aquatic organisms including crustaceans.

The NSW Department of Planning, Industry and Environment (DPIE) pleaded guilty and has been fined $165,250 for breaching its licence and $48,000 for the water pollution, after an excessive amount of chemical was added during processing.

Neither the Environment Protection Authority (EPA) or the environment department were made aware of the incident for two weeks, meaning the effect on the ecosystem was not measured, an EPA prosecutor said.

Dr Silvester advised "by coating the parts of the organism that take up oxygen from the water, such as gills with fish, it prevents aquatic organisms taking up oxygen.

"It shouldn't have happened, but the fact there's been compliance measures show the system is working."

In her findings, Justice Sandra Duggan said there were a number of measures which could have been taken - but were not - to prevent or mitigate environmental harm.

Last year, DPIE was fined $84,000 and ordered it to pay more than $100,000 in legal fees after it pleaded guilty to releasing elevated levels of nitrogen and ammonia into Perisher Creek.

Justice Duggan found the accident occurred during a period in which the plant was attended by just one employee.

Community water quality monitor and river keeper Acacia Rose said it was time to consider piping sewage out of the sensitive alpine area to be processed in Jindabyne.

Rose told the ABC “of course that would cost money but ultimately it's probably a better outcome for the alpine environment.”

Image: DPIE has been fined for a second time for polluting Perisher Creek. Supplied.