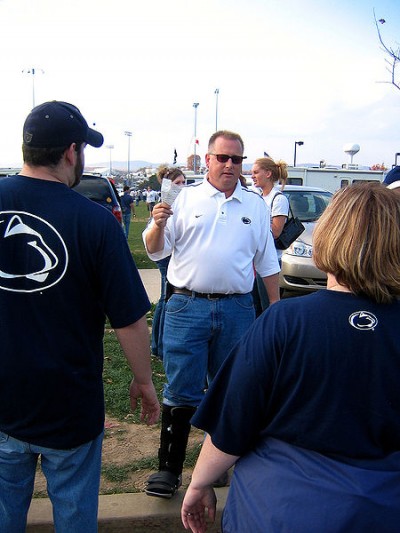 The NSW Government's plans to introduce new laws to protect consumers from ticket scalping and to erradicate ticket fraud when buying tickets to major sport, concert and entertainment events has been welcomed by major sporting codes, event organisers, ticketing companies and reselling facilitators.

Having consulted with a range of industry interests since September 2012, the new legislation will set clear rules so patrons and fans know the terms and conditions when either selling or purchasing a ticket on the secondary market.

Sutherland explained "COMPPS members have long been united in the belief that ticket scalping is a scourge on the game that leaves everyday sports fans short changed (and we) support these proposed reforms because (they) empower the individual sports to take action to stop ticket scalping by enabling sports to enforce their ticket conditions.

"COMPPS believes that these reforms will introduce fairness and transparency to the ticket resale marketplace, which is sorely needed."

The Frontier Touring Company Managing Director Michael Gudinski said he was thrilled to see the introduction of these reforms, stating "for too long scalpers have been able to hide behind anonymity online. Music should empower and real artists do not want to see their fans ripped off."

Hoy added "Ticketek welcomes the NSW Government reforms in this area and supports measures such as these to clamp down on this unsound practice."

Acknowledging the industry support for the legislation, NSW Minister for Fair Trading Anthony Roberts stated "I would like to thank Australia's major sporting codes, event organisers, ticketing companies and ticket reselling facilitators for their co-operation in setting these new rules that make the selling of tickets fair and transparent."

19th September 2012 - NSW GOVERNMENT TO GET TOUGH ON TICKET SCALPERS?