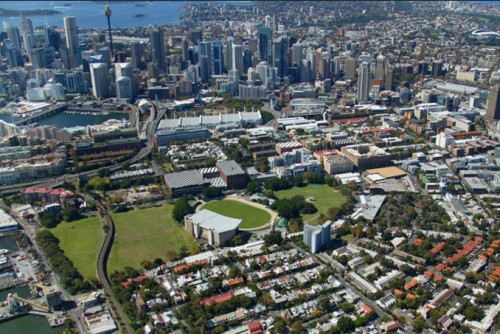 The NSW Government's plans to invest more than $1 billion in new and upgraded stadiums could be set for a further financial boost from the privatisation of its Land and Property Information (LPI) service.

The NSW Government has been considering the sale of the LPI, which looks after property information, valuations, surveying and mapping of land in NSW.

Announced in September, the NSW Government's stadium plan is to be funded by the sale of the state’s electricity poles and wires infrastrucuture.

The plan, which includes rebuilding Pirtek (Parramatta) Stadium and the Allianz Stadium as well as upgrading ANZ Stadium at Sydney Olympic Park, appears to now give preference to the building of a new indoor arena near the CBD to replace the bulldozed Sydney Entertainment Centre.

Early reports suggest Wentworth Park is a preferred location for a new 12,000-seat arena, a proposal backed by Sydney Kings Chairman Phil Hudson who believes the site would be an ideal location because of its proximity to the city.

In September last year, King told News Corp “I think Wentworth Park would be a fantastic place to put this arena.

"The location is perfect - it is on the fringe of the city, but still in its footprint. But I guess we just have to wait and see.”

Wentworth Park is currently used for greyhound racing and football.