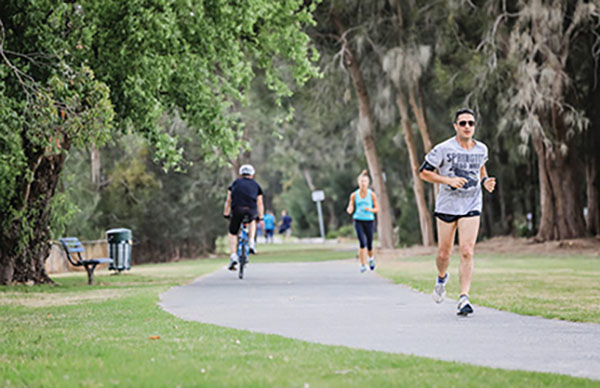 In an aim to provide residents across Sydney with access to new playgrounds, walking trails, and cycleways, the NSW Government has announced $19 million in funding to transform areas of government-owned land.

The upgrades are the next phase of the NSW Government’s $50 million commitment in the 2019/20 Budget to create new and improved open spaces.

Advising that said communities in the Sydney suburbs of Beaumont Hills, Kogarah and Frenchs Forest are next in line to benefit from the investment, NSW Planning and Public Spaces Minister Rob Stokes stated “we want everyone in Greater Sydney to have better access to high-quality open space, given the significant benefits it brings to health and wellbeing.”

Improvements will include $9 million for walking tracks and bike trails in Frenchs Forest; $6 million for a new running track or playground at Kempt Field in Kogarah; and $4 million to add nature trails to open space at Withers Road in Beaumont Hills, as well as pathways between Smalls Creek and Caddies Creek.

NSW Treasurer Dominic Perrottet said the remaining monies will be used to upgrade open space in Appin, Ermington, Hurstville, Leppington and Penrith, adding “we are also investing $100 million to buy land across the State that will be transformed into parks and playgrounds for communities to enjoy.”

The announcement of park upgrades coincides with the release of the Greater Sydney Outdoor Survey, which found residents want open spaces that are free, inclusive, and able to be used for activities including walking, picnics, and barbeques.

Minister Stokes said the findings of the survey would help inform how money under the Strategic Open Spaces program will be spent, concluding “Sydneysiders love the outdoors - whether it be running, hiking, cycling or relaxing at the park with family and friends, so this funding will go a long way to maintaining and improving that lifestyle.”