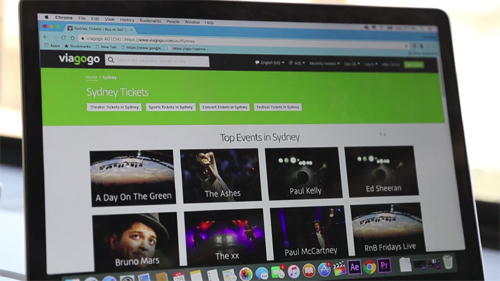 The NSW Government is to introduce tough new ticket scalping reforms to stamp out price gouging practices in the live entertainment industry.

Announcing the move today, NSW Minister for Better Regulation Matt Kean said the proposed reforms would stop anyone reselling a ticket to a NSW event for more than the original sale price and cap transaction costs at 10%

Explaining that the reforms will put consumers first and stop tickets from being swept up and resold at grossly inflated prices on the secondary market, Minister Kean stated “I’m sick and tired of consumers being taken for a ride by shonky operators looking to make a quick buck at the expense of ordinary fans.”

He explained that the new provisions would stop anyone from reselling a ticket to a NSW event for more than the original sale price, plus the associated transaction costs, adding “those costs would also be capped at a maximum of 10% of the initial sale, which means absolutely no ticket to a NSW sporting or entertainment event should be resold for more than 10% above its original price.

“We understand there may be legitimate reasons why people wish to on-sell event tickets, but we won’t tolerate the often exorbitant prices they’re listed online for.

“These reforms are about making tickets more accessible to the real fans that deserve to be able to enjoy their favourite sport or artist at a live event.”

Minister Kean said the proposed Amendments to the Fair Trading Act 1987 would also include:

• In an Australian first, outlawing the use of ‘bots’ – security manipulation software that allows ticket scalpers to buy tickets in unauthorised high quantities;
• Cracking down on advertising, or hosting advertisements, for tickets that breach the new resale laws; and,
• Fostering greater transparency in the primary market by giving the Minister the power to require event organisers to publicly disclose the number of tickets available for sale to major NSW events.

Minister Kean advised that “the reforms also aim make it clear that tickets resold within the new laws should not be cancelled by event organisers or venues simply because the ticket has been acquired in the secondary market.”

The move has been welcomed by Australian Rugby Union, Cricket Australia, Football Federation Australia, the NRL and AFL NSW/ACT.

Cricket Australia Chief Executive James Sutherland commented “these important reforms will improve the ability of our team to act on any tickets being scalped to cricket events in NSW.

“For events such as the Ashes, we know that tickets are in high demand and these reforms send a very clear message to those who try to take advantage of the system and scalp tickets at inflated prices, that we will identify and cancel tickets in accordance with our terms and conditions.”

“Our message to all fans is to not support this practice of buying from scalpers. We want genuine fans to be able to enjoy our events and only pay the price advertised.”

However, consumer advocacy group Choice said the reforms were only the first step in cleaning up the “utter shambles” in the resale industry and called on ticketing companies to do more.

Choice spokesman Tom Godfrey said one of the “dodgiest” resellers, Viagogo, could remain untouched because it was based overseas.

In a statement Godfrey advised “the primary ticketing market needs to step up and invest in innovations to reduce fraud within the industry.”